Interestingly, any time a human being touches a first order you'll see larger AOVs ... which lead to bigger/better LTV. So where it is reasonable and cost-effective, get a human involved in a first purchase, even if it means that a human is following-up to see if a first order met customer expectations.

But if a human can't be part of the first-order process, use #technology to cross-sell the customer so that the customer adds an item to a first order, ok?
- June 27, 2018 No comments:


Here's what happens when customers shop frequently.
Which company is most dependent upon new customers?
Which company is penalized most in lifetime value?
Here's what is fascinating in my work.
The majority of readers manage a business with low annual repurchase rates and low annual purchases per buyer. These are the businesses that cannot afford to pay money for new customers. And yet, these are the businesses who enjoy paying for new customers.
- June 25, 2018 No comments:

There probably isn't an easier time to acquire a new customer than at Christmas.

And that's the problem.

There's a price to pay when it is easy to acquire a customer.

In the case of Christmas newbies, seasonal buying trends eat up a lot of the lifetime value that would normally be generated.

When you acquire a customer in October, the customer is "recent" and ready to buy in November/December as Christmas ramps up. This maximizes lifetime value. It's common to learn that October newbies are worth 20% - 60% more than are Christmas newbies.

Is it worth it to give up $36.92 of hard-earned profit to acquire a customer?

If the customer pays you back $65.00 profit in the first year on the file, you absolutely want to give up the profit, because you will make more profit in the next year, with the net of the relationship being a profit increase.

If the customer pays you back $11.00 profit in the first year on the file, you have problems, don't you?

You can't possibly know whether a cost per new customer of $76.92 is good or bad. You just know that the figure looks expensive.

You know all you need to know if you have profit per new customer coupled with lifetime value.

Show of hands ... how many of you measure profit per new customer and combine it with lifetime value to know which tactics you need to employ to be successful?
- June 20, 2018 No comments:

Here's something I see all the time.

As a marketer, this level of merchandise performance harms your marketing activities.

And so darn often, the marketing team gets blamed for this stuff.

How Rebuy Rates Are Impacted By Price

As prices increase, the probability of repurchase decreases, albeit marginally.

As the number of items purchased increase, the probability of repurchase increases.

Look at some of the key relationships.
This is a repeated theme across project work. If you have a choice, you want a customer to buy four low-priced items instead of one high-price item. This gives you file momentum, it helps grow your customer file over time (which protects the health of your business). 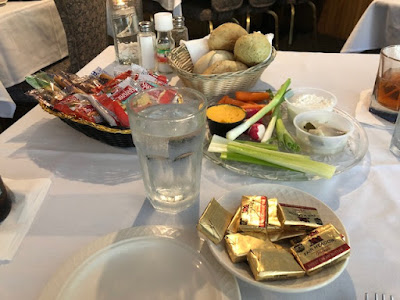 Wisconsin (especially the northern half of Wisconsin) is home to a proud tradition ... the Supper Club (buy a book about Wisconsin Supper Clubs on Amazon ... click here).

The process is simple. The Supper Club opens between 4:00pm and 4:30pm. You arrive, you sit down at the bar and you order a drink ... typically an Old Fashioned or something comparable. You put your name in, and then somebody typically walks over and takes your order.

When your salad is ready, somebody whisks you away from the bar and to your table, where your salad awaits. But wait, there's more! You'll be offered a relish tray, buns, crackers, and up to 65 pads of ice-cold butter to use on the four buns. 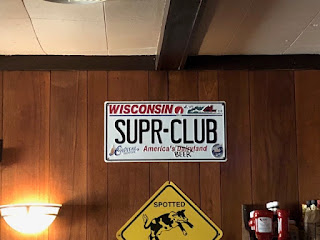 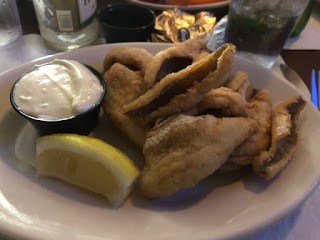 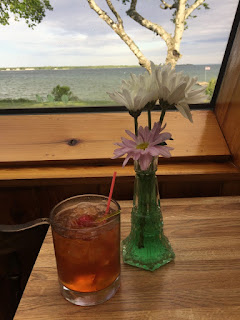 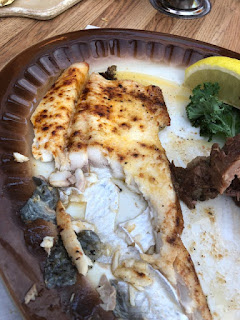 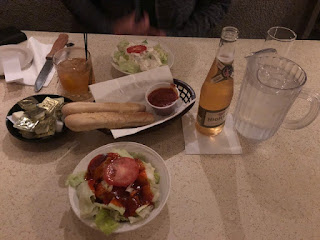 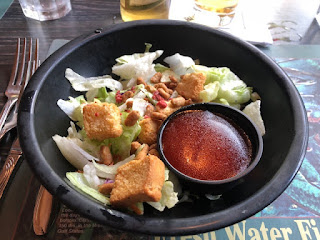 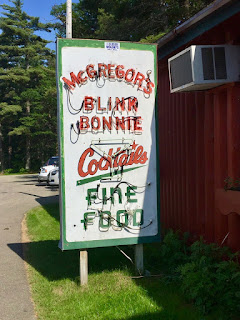 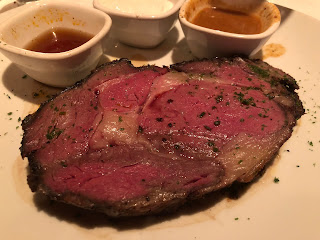 After dinner you can relax by purchasing a grasshopper or a pink squirrel. 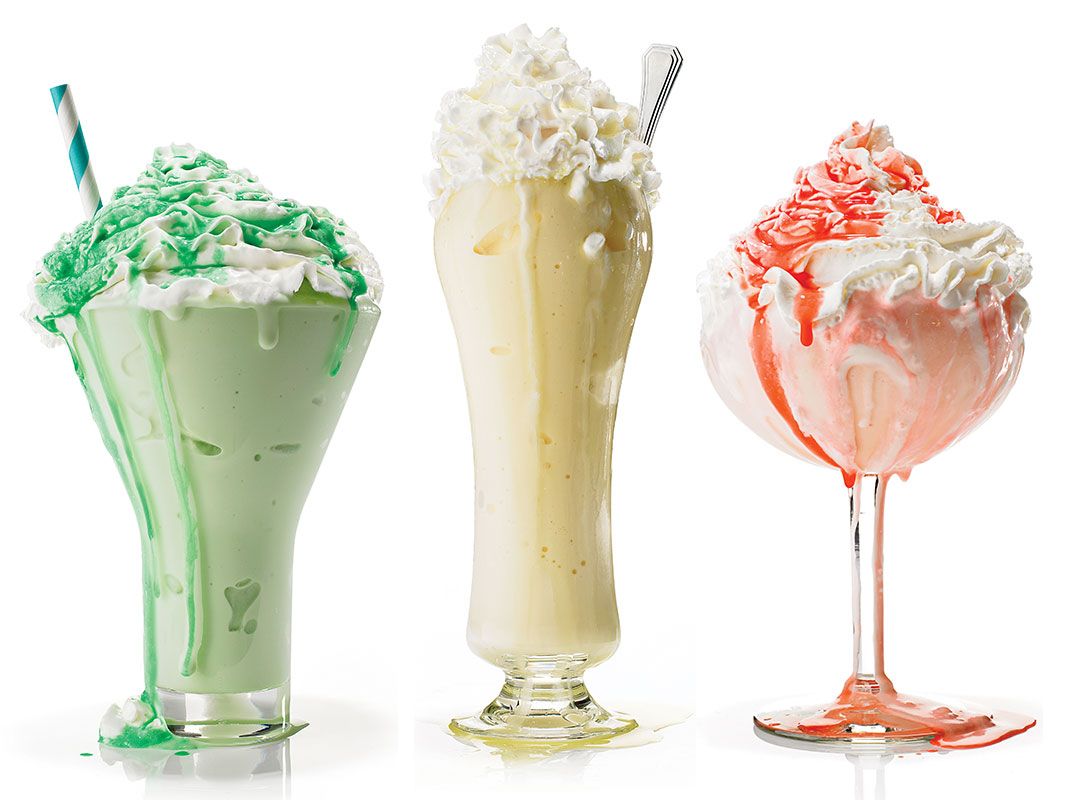 Then, you stagger back to your car, call your cardiologist, and schedule bypass surgery.

There used to be thousands of Supper Clubs all across Wisconsin. In the past few years, the quantity decreased to maybe three hundred or four hundred. And when you look at who is eating in a Supper Club, you won't find #millennials. By and large, it's an over-55 audience who visit because of tradition and personal relationships.

This is what happened to the catalog industry.

If you met with a Supper Club Proprietor, you'll hear a lot of interesting excuses. One told me that he's gonna close for six months because there isn't enough business to be had. He told me that "my patrons have a lot of ideas to increase traffic, but I'm not gonna listen to them, I'd rather just close."

You could tell the Proprietor to open for lunch or breakfast ... and you'd be told that this is a "Supper Club, we only serve Supper".

You could tell the Proprietor that a meal with 3,493 calories might be just a bit overboard for just $13.95 ... and you'd be told that the whole purpose of a Supper Club is to enjoy 3,493 calories.

You could tell the Proprietor that a vegan menu might bring in more customers ... and you'd be told that the tradition of a Supper Club is in lake-caught fish and fatty steaks.

Industries live and die by adapting to changing times.

I worked with a company that had a 90% organic percentage ... if you took away the catalog, 90% of the sales would still exist and the company would practically print 20% pre-tax profit rates. The company would be so wildly successful that it couldn't help itself but throw money at employees and the ownership team. What do you think happened?
Sound familiar?

Don't become a "Supper Club". Evolve. Change. Do something!

Or, ride it out and take market share from dying catalogers. That works, too. For awhile.
- June 14, 2018 No comments:

Here's a table ... customers are segmented based on their average historical price point. Then I measure in the next year the percentage of demand they spend by price point band. Tell me what you observe.

Too often, customers don't want to move into new price point bands. The example above is actually a "good" outcome ... the disparity isn't huge, is it? But it is there. If the merchandising team tries to introduce new merchandise in expensive price points, then Management has to be ready to accept the potential of a sales decline.

What is your "digital index"?

How do I compute the "digital index"?
Here's an example.
If your digital index is close to zero, you are a strong digital brand.

If your digital index is close to one, you are a balanced brand.

If your digital index is > 2, you are an old-school brand.

The value of the index isn't good/bad/otherwise ... it just helps you understand where you stand. I keep hearing from folks who think that having a website and mobile presence and being on Instagram means that their brand is "digital" ... and then their Digital Index is 4.93. 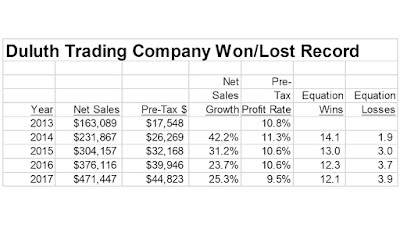 I know, I know, the New England portion of my audience doesn't like it when I talk about Duluth Trading Company.

Why do I talk about Duluth Trading Company?

Here's their won-lost record over the past four years.


They're as good as the New England Patriots.

That's why I talk about Duluth Trading Company.

But can you see trouble brewing on the horizon?
So maybe in 2-3 years you'll be able to point to an 8-8 Duluth Trading Company season and say "see, they stink".

I've shown you what bad performance (Macy's, JCP) looks like.

I haven't shown you what good performance looks like.

Here are half-year results from Stitch Fix for the past two years.

Long-term catalogers should look to Stitch Fix as a target ... this is what is possible. This is what winning looks like.

Will Stitch Fix win forever? Heck no! There will be a day when it all comes crumbling down. But for now, this is your target. You probably won't achieve sales growth like this. You can certainly achieve better pre-tax profit performance.
- June 06, 2018 No comments: 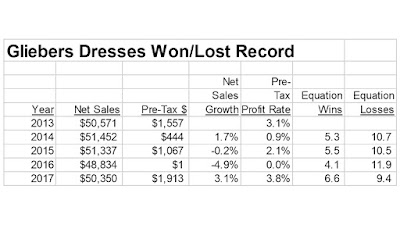 Gliebers Dresses performance is consistent with many catalog brands analyzed in the past three years.

The Management Team will tell you that 2017 was a "pretty good year".

What does the "data" tell us?
2017 was so good that the team posted a losing record ... four bad years in a row that (in sports) would get a lot of people fired.

It's Time For The Next Run Of The MineThatData Elite Program!!!