Why Does It Matter?

Ok, we talked about Paid / Owned / Earned Media yesterday. But why do the terms matter?
Let's assume you have a really good social media team and you have 600,000 followers. Each year 10% of that audience become first-time buyers. Your social media expenses (staffing in particular) are buried in your fixed cost line on your p&l, so the new customers (from a variable cost standpoint) are virtually free.
Assume that you generate the following amounts of variable profit per year after acquiring the customer:
Now, let's pretend that you acquire customers at the following profit-per-new-customer levels.
If you were starting your business from scratch, this is what your five-year profit trajectory would look like: 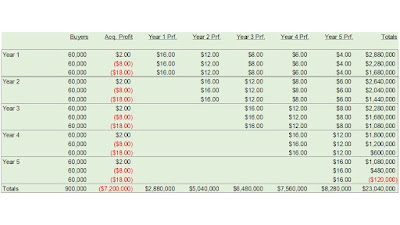 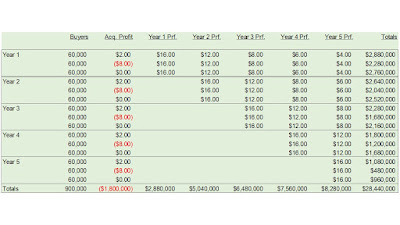 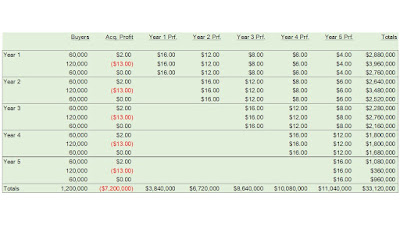 This tactic works best ... you generate $33.1 million in profit over five years from your acquisition efforts.
In this example, what works best?
When I spent the 2016-2019 timeframe telling anybody who would listen why low-cost / no-cost customer acquisition was so important, I was referring to the tables above. When people vehemently disagreed with me? They didn't have the math to demonstrate what would happen.
Run the math.
Hire me if you can't run the math yourself (kevinh@minethatdata.com).
- August 15, 2022