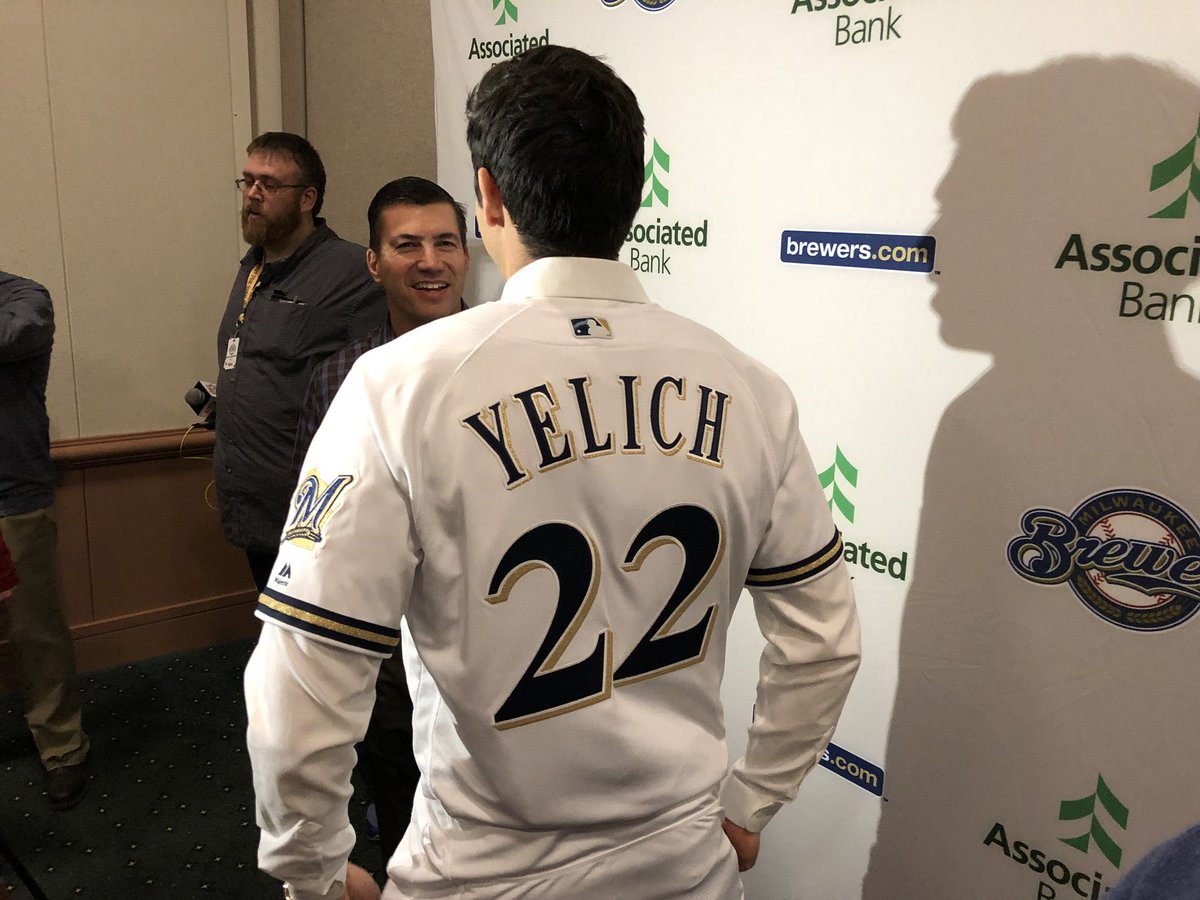 Four years go, the Milwaukee Brewers spent much of the season in First Place in their division. An old and tired team fought for a hundred games, then began to fall apart, missing the playoffs and barely finishing above .500.

A 5-17 start to the 2015 season kicked off a "rebuilding project". Older players were traded for prospects. The General Manager "moved on" and was replaced by a 30ish year old GM. This individual brought a different focus to the team, having come from an organization that would two years later win the World Series.

In 2017 enough pieces were in place that the Brewers would actually compete for a playoff spot, missing the playoffs by a single game.

And now, as we await the 2018 season, a talented farm system built over the past three years provided the pieces necessary to facilitate a trade for a genuinely talented player. Coupled with a free agent signing (because the team had such a low payroll, allowing the team to pay for existing talented players), hope has arrived in Milwaukee.

In sports, teams rise and fall. When they fall, they typically have to "start over" ... they "rebuild" with young talent (i.e. new merchandise) and then a handful of young players become all-stars (winners) and then the players get old and the process begins again.

In our world, we are rarely willing to do what sports teams do. To some extent, the "profit and loss statement" precludes us for doing what must be done ... we can't go bankrupt, so we hold on to the past (#omnichannel) in an effort to keep paying the bills.

In our world, a rebuild happens in three different ways.
Having been in the industry for thirty years now, it's become obvious that this "transition" from what was to what will be is what we're afraid to talk about. A thousand business charlatans sell elixirs designed to offer "quick fixes" ... stuff like #personalization and #engagement and #social and #mobile and #relevancy and #omnichannel ... all nonsense ... all theoretical ... all designed to keep us spending money with vendors while acting like we're transitioning our businesses into the future.

Or does our culture thwart our ability to Transition into the future?