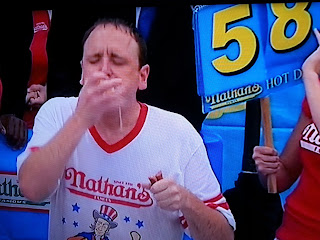 We like to think that Amazon is our "Megatoad".

Can I show you something?

We ordered a new dining room table. The first table arrived, damaged. Eight weeks lost. We sent the table back. Here's how the second table looked upon arrival: 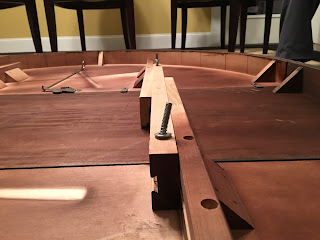 Imagine what happens when you screw the leg in to that bolt? You have a leg that rests at a 17 degree angle!

Fortunately, we didn't have a leg that rested at a 17 degree angle. Do you know why? Because the legs were missing!

Another eight weeks of waiting.

Say you purchase a table via an omnichannel strategy at Pottery Barn. Is the table going to look like this table? Highly unlikely. They've got their stuff put together (#pun), they know how to execute.

And yet, I chose this brand over Pottery Barn (because of merchandise selection - hint hint).

Pottery Barn cannot run this company out of business by integrating channels.

We've graduated to new competition. In case you haven't noticed, online brands are moving offline at epic rates ... you were told you had to be digital, but while you worked on being digital, digital brands quietly moved offline. They execute creative marketing strategies, and creative means "clever" in this instance. When we moved into the digital realm, we didn't do anything clever. We stuck a bent bolt into a faulty table and called it good.