Here's a person that you'll have to work around as a Virtual Chief Performance Officer. This person is the "Quiet Dissenter".

I'll give you an example, one I've shared on Twitter numerous times.

When I worked at Nordstrom, it was my job to author the catalog plan. I determined how much we were going to spend on catalog marketing, my team created a circulation plan for each individual catalog, the inventory team collaborated with merchandising and negotiated what they liked / didn't like about the plan, then we moved forward.

You'd think as a Vice President I'd have some clout regarding the very issue I was accountable for implementing. You'd be wrong. There were a group of individuals who were what I'd call "Quiet Dissenters". 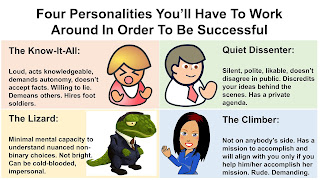 These folks never said a word. They'd just review my work, then they'd implement whatever the heck they wanted to implement.

I learned my lesson the hard way. One of my own circulation analysts didn't follow my plan for 2.0 million in liquidations circulation for a catalog, instead selecting 2.7 million names. I didn't know she did this until a vendor mentioned the number to me. I asked her what she was doing? She pulled out a "circulation request form" she created. Are you ready for this? She offered this form to a group of "Quiet Dissenters" in the company, and they did the following:

I quickly learned that there were four "quiet dissenters" who were executing their own business ideas:
I only controlled the Circulation Manager. She was fired within two weeks. If you are playing the role of a Virtual Chief Performance Officer, you need to recommend to Leadership that they eliminate the "cowboys" who do whatever they want whenever they want to do it. Now
Next, I threw down the hammer on the VP (a peer) and the Print Production Manager (who didn't report to me). This didn't go over well, and both parties ignored me at first. The VCPO should be ready for this, and should consistently advocate the same managerial advice regardless.
It was easier to work around the print production manager. I just told him I would outsource his function to a third-party vendor (even though I had no authority to do that whatsoever) after he told me he would be "unable" to implement my plans. Unable. Riiiiiight.
A VCPO finds the roadblocks that prevent a company from performing at a high level, then helps employees create a process to work around those who create roadblocks. The "Quiet Dissenter" is a real challenge, because you have to dig deep to figure out specifically who is working behind your back to sub-optimize performance. But as a Leader, you have to get this part of plan implementation figured out. You need data analysis to prove your direction is credible, then you need the proper level of coaching to push the organization in a high-performance direction. 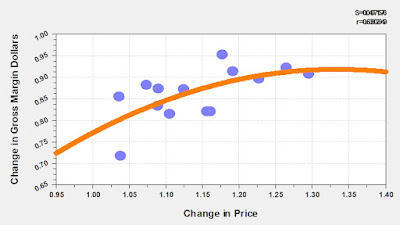