When you are an old-school brand, you have the advantage of tradition on your side. Take the Rose Bowl, for instance. 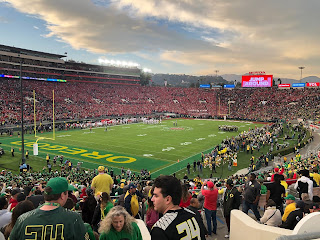 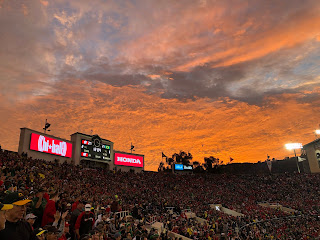 Self-proclaimed as the "Grandaddy of them All", the game has many advantages that other events do not have:
In our modern world, two things seem to happen.
Many of my readers work at traditional brands, brands that have been in business for 30-70 years. Don't hide from your tradition ... exploit your tradition!!! And by exploiting it, I don't mean "30% off and Free Shipping for Friends and Family" ... that's tepid nonsense! I mean create events that capitalize on traditions.

And if you don't have any traditions (think Nordstrom Anniversary Sale), CREATE ONE!! Do something fun! That's the job of a marketer, right? We've changed the job of a marketer to maximizing SEO ... stop it ... create an event that is so amazing and tradition-riddled that your SEO efforts are maximized without you having to do anything to maximize them ... other than capitalizing on tradition.