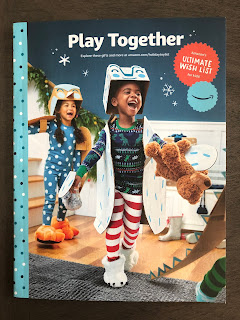 My name is Kevin Hillstrom. I worked for catalog stalwarts Lands' End and Eddie Bauer in the 1990s. I helped close down a catalog division at Nordstrom in 2005-2006 and INCREASED sales as a result. I've spent the past twelve years helping 250ish companies understand why they are succeeding/failing, completing projects for nearly 80 catalog brands focusing on better targeting mailings (i.e. mailing far fewer catalogs) in a modern world.

In other words, I know a little something about who should receive catalogs.

You and I have a long and storied relationship, dating back twenty-ish years. You probably sent my household this catalog because somewhere back in 2007-2015 we purchased "something" directionally similar to what you sell in this catalog. I'm guessing you leveraged the magic of the "ship-to" address to decide that I should be a prime candidate for this special mailing. Not last year's mailing, mind you ... your criteria omitted that mailing.

When I received this catalog, I had an instant reaction. 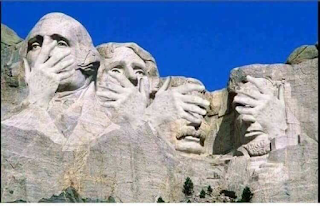 By now you've noticed a few interesting things about the catalog industry that you once destroyed and now are an integral part of. See, ten years ago printers were frustrated with you. Paper reps were frustrated with you. But when you decided to mail a catalog, all that changed. Have you noticed that there is a random person wandering your campus extolling the virtues of catalogs? That person is your paper rep. Nobody understands how he ended up with an office with a door when he doesn't even work at Amazon, but that's how this stuff works. He's not leaving, ever.

Aside:  When I worked at Nordstrom, the paper rep had so established himself with our print production team that he told that team not to execute my mailing plan (a plan that called for cuts in paper expense). The print production team chose to honor the paper rep until they were reminded who pays their salary & health insurance and 401k. A cautionary tale for the good folks at Amazon.

Did your printer open a satellite office near Denny Triangle? That's not a coincidence, and if you don't believe me ask yourself why a major printer rents office space a quarter mile down the road from Lands' End?? The person who randomly asks for a dinner appointment in a private room at a restaurant named "Purple" works for your printer. As an FYI, they're hoping you print more catalogs, monthly if at all possible, to a circulation depth of at least 100,000,000. They believe this could well become a "best practice".

By now you've heard of an obscure term called "matchback". One on end of the argument you have your own employees, the smartest mathematical minds in the world, folks who use experimental design and machine learning to determine exactly how your catalog interacts with the rest of your ecosystem. They know things the catalog industry couldn't possibly aspire to understand. On the other end of the argument is the boutique catalog agency that is helping with your catalog efforts. These are the folks who told you to perfect bind this mailing to "make a statement in the mailbox". These folks helped you arrive at 90 optimal pages ... so much better than 88 pages.

These folks introduced you to the term "matchback". For the past fifteen years, these people eschewed real science and instead convinced the catalog industry that every order generated in an eight week window must be matched back to the recipient of the catalog, thereby giving the catalog credit for the order. Your boutique agency wants you to believe that my 72 roll of eco-friendly toilet paper purchased on November 6 was CAUSED by the mailing of the catalog on November 4. In fact, the entire industry wants you to believe this lie.

Why would the industry want you to believe this lie?
Do not, for one moment, fall for the seductive lure of the "matchback algorithm". Oh heck, who am I talking to? You already have the best mathematical minds in the world, and they certainly know how to target mailings and measure results, I mean why else did I receive a catalog from Amazon in the first place?

They got to you, didn't they?

Your paper rep already read this blog post and somehow scheduled an "all hands on deck paper discussion at 2:30pm today". Your printer somehow scored front-row center court seats to the Maine / Washington basketball game on November 19 to keep you focused on print (and by the way, you're getting actual/physical paper tickets instead of mobile tickets - proof that paper matters). I implore you, don't go!! My printer once trapped me on a boat on Lake Washington for three hours. It felt like thirty hours for all parties. I'm confident the paper/printing folks don't want to spend time this way. It's just that you are really, really important to them.

You probably just figured out that your boutique agency is paying one of your gifted machine learning experts to speak at an "Executives Only" session in San Francisco to talk about the fusion of machine learning and matchbacks. Tell them that Alaska Air doesn't fly to the Bay Area. Please! Do it now. Do it before they get an article in the Washington Post about how catalogs boost the bottom line at Amazon.

Do something now before it is too late. Because if you don't do something now you'll mail 100,000,000 of these every month and every single order generated by Amazon will be credited to catalog mailings. Don't believe me? Ask Orvis. They've been there, they've done that.

Measure the living daylights out of this thing this year, and then target the catalog properly next year, ok?

Please. You are now the catalog industry. It's up to you to restore balance in the client-vendor relationship. If you care. And I'm quite confident this isn't that important to you. So, whatever.

P.S.: This is called "satire". If I worked for a printer I'd give Jeff Bezos whatever the heck he wanted, and I'm not exactly sure what he'd want that he couldn't buy with money outside of potentially a new President, but I'd spend every waking moment figuring it out. If I managed a boutique agency I'd personally pay the potential 1% Seattle city-based income tax placed on high-earning individuals for every high-earning individual at Amazon if it meant that my agency got more business. Yes, I'm exaggerating in the opposite direction here, for effect. Sometimes we just need to step back and take a breath ... this stuff isn't so important. Catalogs aren't dead, and they aren't making a resurgence. They're a decreasingly popular tool. Use 'em appropriately, and most importantly, measure them appropriately, ok?
- November 06, 2019

It Has To Work Now

You get emails from people. All sorts of interesting feedback. One of the common ones goes like this: "I need a tactic and the tactic h...