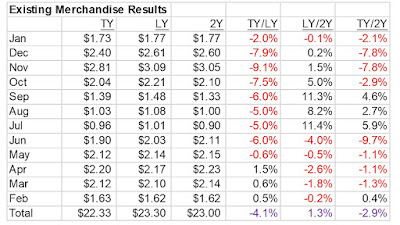 We know that new merchandise didn't perform well in 2016 and performed "better" in 2017.

Existing merchandise performed poorly in 2017 and yet the business improved in 2017!

This tells us that new merchandise is the driving force behind Gliebers Dresses.

Meredith Thompson (Chief Merchandising Officer) at Gliebers Dresses is going to have to answer a few questions, don't you think?