Oh - New Merchandise Is An Issue?

For the past month, I've been talking about an example of a company where new merchandise is causing challenges.

When I believe that new merchandise is a problem, I run what I call a "Class Of" report. I look at the year that a new item was introduced, and then I look at how well those items sold through subsequent years. If there is a new merchandise problem, it looks (at minimum) like this:

Last year, new styles doubled in quantity - demand increased by less than fifty percent. In other words, there was a significant increase in effort, and demand increased (which is good), but productivity went down.

Then this year the merchandising team cut way back on new styles, and productivity is nowhere near the level it was two years ago.

So there is a new merchandise problem - the company is clearly trying, but productivity is bad. The decline in styles and decline in demand explains why customer productivity did not meet expectations in the past year.

Marketing and Merchandising ... each of you have a chance to "fix it", don't you? Imagine what happens when you work together? 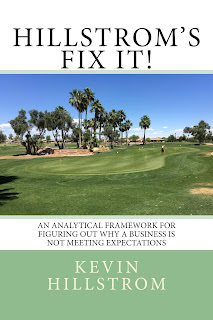