Establish Yourself on the Corporate Pecking Order 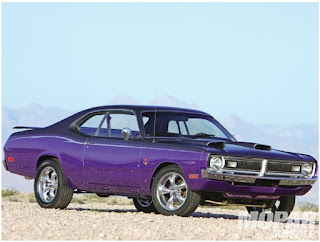 On purpose, I wrote in an earlier post about staring down a couple of Executives.

Marketing Leaders and Analytics leaders own a marginal slot on the corporate pecking order ... above janitor (#custodialservices), but somewhere below the person who fixes the air conditioning ducts. We know this is true ... at least I know this is true ... when I worked at Nordstrom, one of the air conditioning ducts funneled super-chilled air on my customer acquisition manager. I requested a repair ... my request was always prioritized at #22,943 ... so one day, I climbed up on a chair, and used duct tape and cardboard to re-direct the chilled air. The interim CEO of the online business, who I reported to, saw what I was doing and called me in his office. Here's how our conversation went:

Kevin: I have made numerous requests to have the issue fixed. I am at #22,943 on the facilities repair pecking order. I can show you where they prioritized my request, if you like.

The problem never got solved, hammer or no hammer.

Maybe I didn't know how to put the hammer down.

Or maybe marketing folks don't have a hammer to put down.

I suspect I'm not alone. I've sat in countless meetings where the Chief Marketing Officer shares his/her findings or outlines his/her plan, only to have the Chief Financial Officer or the Chief Operations Officer tell the rest of the room what the "real" marketing plan will be. Happens in at least 50% of the meetings I attend. It is disrespectful, and it must change. Does the Chief Marketing Officer determine the robotics strategy used in the warehouse? No! Then why the heck does the CFO or COO or Chief Merchandising Officer constantly steamroll the marketing leader?

As you rebuild your catalog marketing function, it is critical that you move up the Corporate Pecking Order.

How do you do that?

First of all, it is far more common for your failures to be linked to a failure to improve merchandise productivity than a failure in marketing strategy. Marketers are frequently blamed for merchandising problems ... losing jobs every two years because "the wrong customers" were contacted ... or because "it was your job to grow the business" even though customers hated the merchandise.

By publishing Merchandise Productivity every single week (yes, every single week), you flip the script. You put success squarely in the sweaty palms of your Merchandising Leader. You outline failure to your entire Executive Team, so that your team focuses on what is truly important.

If you don't flip the script and establish yourself as more than a plebe on the corporate pecking order, then the first time business doesn't meet expectations it will be your fault.

And once it is your fault, that stink doesn't leave you. Every Executive immediately knows you are the problem, even though you did nothing wrong.

Nearly a decade ago I wrote extensively about the concept of Winners / Contenders / Others. Through the years, the concept evolved a bit ......