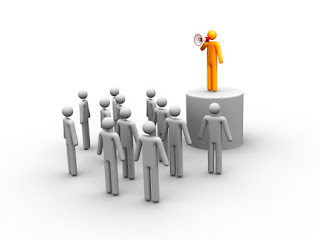 Politics have diverged (on both sides) so far from reality that you'd think the sole purpose of politics is to turn up the crazy so that online publishers and cable networks can make a killing via advertising.

A Women's soccer game in July drew nearly 30,000,000 viewers. The game, as are all soccer games, was played without commercial interruption, lasing about an hour and fifty minutes.. A typical Sunday Night Baseball game on ESPN might be seen by one or two million people (#AmericasPastime) - and have five commercial breaks between every single half-inning - eighteen total. In fact, if commercial breaks were reduced from 300 seconds between half-innings to 180 seconds between half-innings, a baseball game would be 18 minutes shorter, making a serious difference in a game that takes about three hours to play. Folks complain about pace-of-play. Ads don't help.

A typical NFL game has around twenty commercial breaks, featuring about 100 commercials in total ... that's fifty minutes of commercials. Yes. Fifty minutes. And if last weekend was any indication, twenty minutes of Fan Duel and DraftKings commercials are in your future. Somebody wants you to gamble five dollars so that the pool is big enough that a handful of algorithmic players will make money.

Catalogs are thrown out altogether ... catalogers are lucky if 3 in 10 of their mailbox-stuffing commerce-centric stories are ever looked at.

And online, ads are out of control, to the point where a new ad blocking app rocketed to number one, then was pulled within just two days.

I met with a retargeting Executive - the individual asked me to convince a large brand that nearly every order the brand generated touched one of his ads somewhere online - the inference being that his ads caused the order, as opposed to his ads annoying a customer who would purchase anyway. Don't worry - he'll find an attribution vendor who will share his point of view.

I fielded a call from a Marketing Executive - the individual wanted to know why different attribution solutions yield such fundamentally different answers. "It's like either choice I make will cause me to make bad mistakes, and I'll never know which mistakes are mistakes or are reality." I brought this topic up on Twitter, and quickly received an unfavorable reply from an Executive from a popular attribution vendor. Don't question digital. Customers love a one-to-one targeted ad delivered at the right time to the right person with the right message that is relevant and engaging and anticipated. Or so we are told.

Digital folks want you to spend money on advertising.

Customers are getting really tired of advertising.

Early in 2015, I spoke at a conference about the importance of merchandise. The audience had little interest in that topic. Folks were more interested in the cost of Facebook or Google advertising. We focus on merchandise, of course, because when we sell something that the customer loves, the customer does the advertising for us. Think about all of the media outlets who cover Apple ... think about how much Apple spends on that ($0). The best marketers don't have to spend money on intrusive advertising that the customer actively tries to ignore, because customers love the merchandise being sold, and they love the story being told about the merchandise.

But in the short-term, something is in the air. A window is closing. An intrusive advertising window seems to be closing. Those of us who figure out how to deal with this window probably have an advantage. That advantage is a fusion of the merchandise we sell and the story we tell.

If you don't believe me, keep spending money on retargeting ads that customers try to block. Keep spending money on television commercials customers fast forward over. Keep spending money on co-op names that average 63 years old and push your merchandise assortment so far away from what a 40 year old customer likes that you are one day closer to going out of business. Look at your own behavior. Do you fast-forward through ads? Do you dislike pre-rolls? Are you annoyed when you try to read an article about Donald Trump, only to have to sit through a fifteen second ad? How might your customers view your activities, given how you feel about other marketers?
- September 20, 2015