Way, way back at the start of the case study, we learned that Hippoman's Big And Tall was selling much more expensive items in 2014. 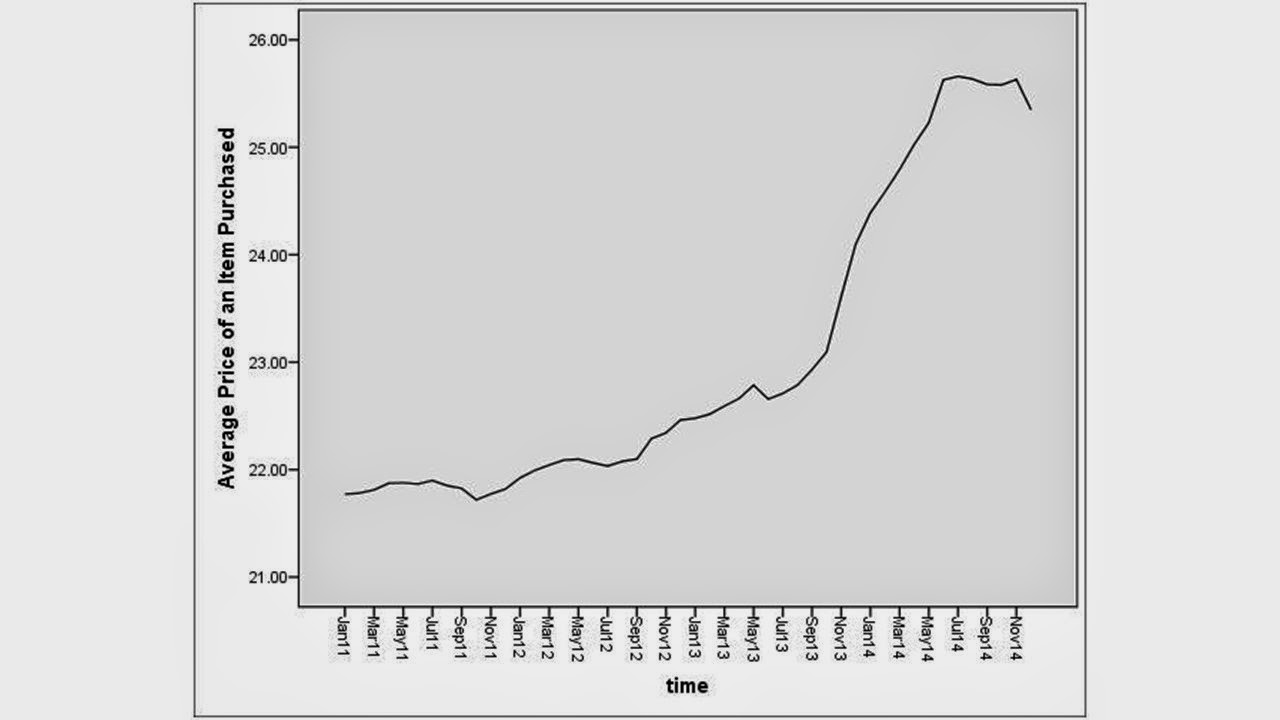 I decided to analyze the average price point of new items, and of existing items, to see how Hippoman's Big And Tall got to this place.

Here is the average price point of new items, for the past four years.

Here's the average price point for existing items, for the past four years.

Management decided to cut back on new items.

Management decided to introduce new items that were 20% more expensive than prior year introductions.

Customers, without the power of increased free shipping promotions, rebelled against Hippoman's Big And Tall.