Hippoman's Big And Tall: How Are Good Customers Performing?

Let's look at a comp segment analysis of 2x buyers. 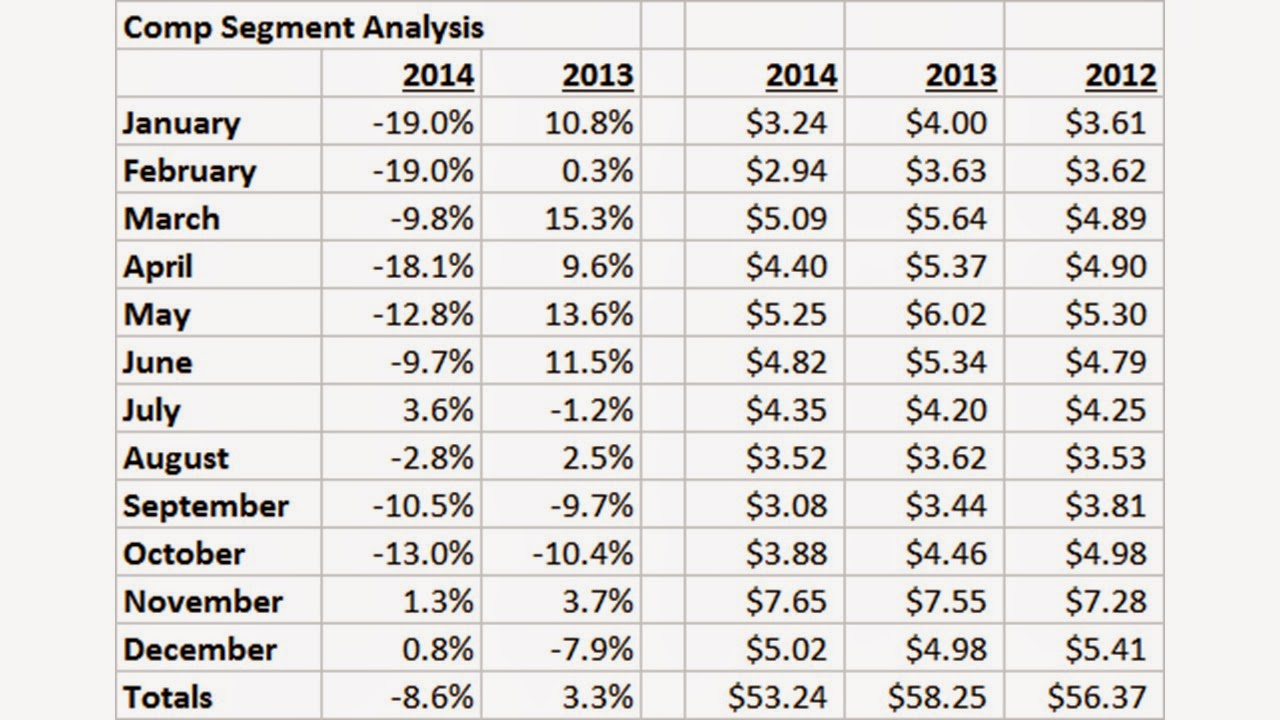 Ok, this isn't all bad news, is it? Yes, there have been some bad months, horrible months really (January - June 2014, September - October 2014). But business flattened out or improved moderately in November and December. That's not so bad. We'll have to check in with Mr. Hippoman to see what happened during the Christmas season.

Notice that existing customer performance generally improved in 2013. This is very, very interesting. The total business was down by about 1% in 2013, but comp segment performance was up 3.3% in 2013. This means that there were customer acquisition and/or customer reactivation problems.

When compared to 2012, we see the following.


We'll need to check in with Mr. Hippoman, to see what is happening in late Winter and early Fall. It appears that summer is flat, and November is actually experiencing productivity increases.
- January 14, 2015