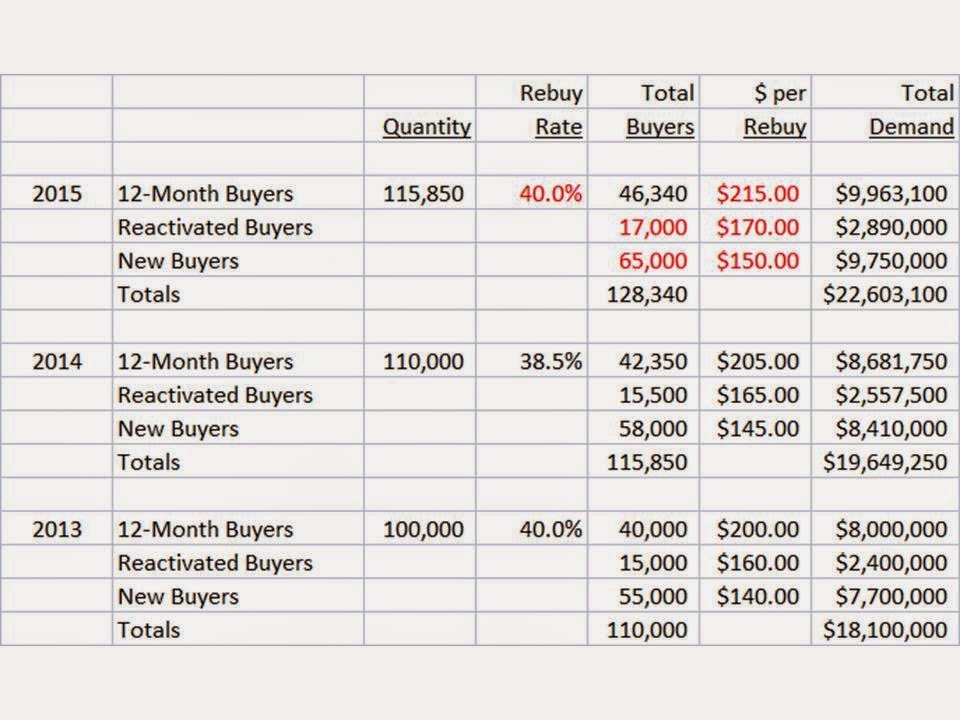 I've told you this story before. 1998, Eddie Bauer. I'm the new Circulation Director, which in the old days, was a pretty important job, pre-internet.

When you become a Director, you had better have a system in place. You know, a way of doing things that differentiates you from everybody else. And your system had better generate a sales increase and a profit increase ... or if you can only do one, it must be a profit increase.

My system was different. I developed it at Lands' End, in 1995. Any one of a dozen folks at Lands' End had similar systems, so I wasn't special by any stretch of the imagination. But at Eddie Bauer, a much bigger company, nobody had a comparable system.

At one point, my team was behaving in a somewhat prickly manner. The told me it would take a week to produce a forecast. Having all my department heads in my office, all staring at me earnestly, strongly suggesting that I was crazy, I made a decision. I typed six numbers into my "system", produced a forecast in a few minutes, printed the forecast, stuffed the forecast into an envelope, and then sealed the envelope.  I told my team to leverage all ten staff members for a full week, at forty hours per person, four hundred hours of labor at an average of about $27.50 per hour ($11,000), to produce the best forecast they could. They had to give me a six-month total demand number for the catalog division.

Forty hours later, the two forecasts were revealed.
I remember my team, staring at me, obviously disappointed. It's not a pleasant experience to have somebody spend five minutes to obtain the same precision obtained via four hundred hours of work.

Now, did my team still have to forecast at a segment level? Yes. But not eight to twelve times per year. Just two times per year. We'd use my forecasting system to get all Executives aligned on the future of the business. Once everybody was aligned, we'd perform the segment-level work. Make sense?
- September 01, 2014