Dear Readers - give our friends at J.C. Penney some love by clicking here to read about their turnaround efforts. I'll wait for you while you read the article ...

Here's a ten year view of total net sales, operating profit, and sales if they increased at a 2.5% inflationary rate. What do you see (figures in billions)? 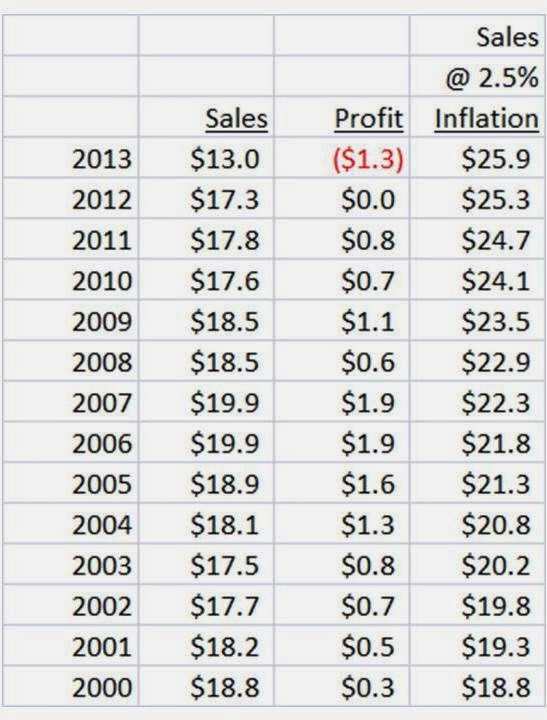 In other words, the hardest part of the turnaround is not complete.

From 2007 to 2011, their business shrunk by 11%, with operating profit shrinking by 58%. This was not a healthy business before the experiment to move away from discounting.

There are very few mentions of merchandise in the article, and maybe that's to be expected in an article in a trade journal focused on advertising.

There are so many important aspects to retailing that are being ignored. Think about a handful of issues outlined below:

What are your thoughts about traditional department store retail brands and their relationship with middle income customers across various age groups? In other words, describe the future of #omnichannel, when some retailers thrive and others struggle. Go!
- February 27, 2014