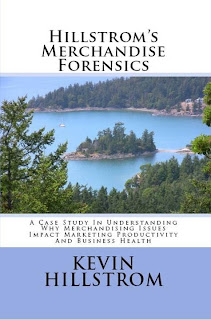 By now, you've read that Dell is going private. Click here for some of the details.

This post is not meant to pick on Dell. It's meant to get us to think.

Why do I want you to study Dell? Well, they did an awful lot of the things that the experts tell us to do - good decisions.

Dell has tons of smart people, more than most companies. If they performed a Merchandise Forensics analysis, they'd quickly observe that existing products were tiring, while recent new products failed to generate the volume prior new products generated, leaving Dell with no choice but to try to maximize omnichannel + social + promoitons to compensate for merchandise challenges.

This is a big theme, folks, one I see repeated everywhere - merchants struggle, marketers get yelled at, so marketers go bonkers on channels and ad dollars and promotional strategies. It's a time honored tradition. It's a sign of a ailing business model.

On February 1, 2008, the iPhone was reasonably new, the Android operating system was in a stage of relative infancy compared to today, and the iPad was thirty months away from introduction.

In other words, the merchandise world that Dell participated in changed.

You, too, can see these things happening in your business. They begin to happen subtly, the metrics appear but net sales largely hold their own. It's pretty darn important to run a Merchandise Forensics analysis, to stay on top of key issues.