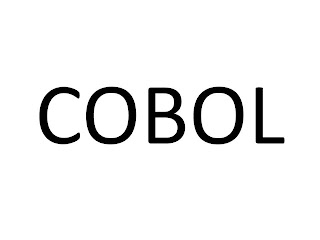 Five popular songs in 1995 include:

Imagine, for a moment.  In late 1994, you're sitting in a board room, sharing customer data with Executives, data that shows the company is between five and ten million dollars less profitable than everybody perceives it to be.  You're using high-speed mainframe computers to do your analysis, and you are actually using a personal computer (pretty forward for 1994, folks) to create Powerpoint-style presentations.  You have seven years of customer history at your disposal.  Using a combination of SPSS and Easytrieve Plus, you can analyzing anything you want.  You can answer any question you want to answer.  You're a manager, with your own office with a door.  You've re-built a new department, and now supervise a team of eight individuals, up from one at the start of the year.

It was time to move on.

I blew the whole thing up and move west, to a major competitor - Eddie Bauer.  Eddie Bauer was a company 50% bigger than Lands' End.  300+ US-based stores.  An internet business that, in 1995, was generating about five orders a day, which was industry-leading at the time!

Armed with a healthy pay raise, I arrived for my first day at Eddie Bauer, in late 1995.

I was given a desk in the hallway.

There was no customer database in-house.  Spiegel, the parent company, held three years of Eddie Bauer customer data, data that could only be accessed with in-depth knowledge of COBOL.

Yes.  COBOL.  The ancient language that was nearly responsible for the collapse of society in 1999 (Y2K).

Remember a few days ago when I implored you to learn coding skills?

I spent the next two weeks learning COBOL.  And wondering if I made a big mistake in changing jobs.

I spent the two weeks after that getting the OKs necessary to buy a copy of SAS, answering questions like "why do you need software that costs $2,000 - we already have a customer report called Vital Signs?"

Four weeks later, I was compiling COBOL programs.  Soon, I'd be learning things about customer behavior that Vital Signs was unable to reveal.

I'll say this again.  Learn how to write code.  It's the most important skill an aspiring analyst can possess.
- July 23, 2013