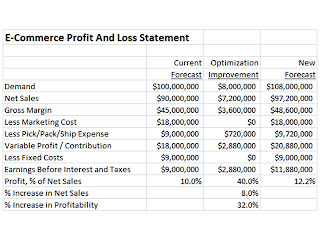 Dear Analytics Experts:
You are really smart people with a bright future in a field growing in importance.  Seriously.  A recent college graduate, with significant mathematical aptitude, asked me which profession she should consider.  I told her "Web Analytics", of course!  If I were twenty-five years younger, this is the path I would choose.


For the past eighteen months, I actively watched or participated with you in conversations on Twitter.  Continually, I am frustrated by the content.  Not the technical content, that's good stuff, there's tons of good advice out there for the aspiring analyst.


I'm frustrated by the fact that you probably don't have a mentor in your company, a mentor who helps you focus on communicating important results to management.


A mentor is that gray-haired individual who shares war stories with you, helping you get around all of the roadblocks that stall a person with great technical skills.  A mentor is somebody in your company who pushes you to be better, from a business and inter-personal standpoint.


Analysts, for instance, are taught to focus on data, they're taught to make data-driven decisions, to create a culture of analytics.

Let's focus on a very simple example.  In this example, you work for a typical $100,000,000 e-commerce brand.  Your analytics skills and your A/B tests yield a strategy that increased conversion rates by 8%.

Now, how are you going to communicate this nugget to your Executive Team?

Here's what you should avoid:

Here's what you can do:
We're back to the image at the top of this post.  Your test shows that you can increase conversion rates by 8%.


Convert this increase to profit.  Sit down with your finance team, and demand that they give you the tools necessary to calculate profit.  Unless your finance team is doing something illegal, they will give you enough data to make a rough profit calculation --- it's their job.

This means that you, a humble analyst, found a solution that increases company profit by 32%.  Thirty-two percent!  You didn't just find an 8% conversion rate increase, you likely made a contribution to profit that is bigger than any other employee in your company!

Make two of those contributions, per year, coupled with good interpersonal skills, and you'll be a member of your Executive Team in no time.


You create a data-driven, analytics culture by demonstrating that your work maps directly to company profitability.

Focus on profit.  Start making a difference with your Executive Team.
- March 13, 2011