Circuit City shares (NYSE: CC) have tumbled by more than twenty percent in the past three months, though some pundits feel Circuit City is in the midst of a financial turnaround.

Circuit City offered guidance that it expects to achieve net sales growth of between seven and eleven percent, and earnings before taxes of between 2.0% and 2.4%. The company also states that it will continue to invest in multichannel activities.

The results indicate that Circuit City is very dependent upon driving comp store sales increases to achieve profitability. Had comp store sales been below ten percent last quarter, it is unlikely that Circuit City would have generated a quarterly profit. The online channel is clearly contributing to the success of the business, in the first quarter. 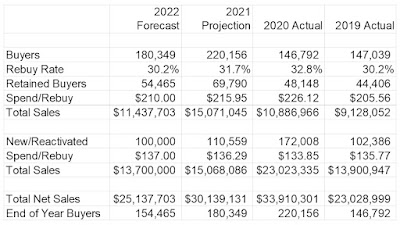