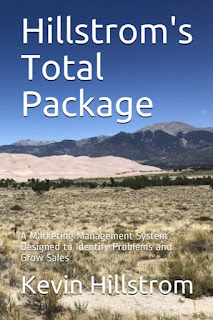 My football team is the Green Bay Packers. They have to be my team ... I grew up 35 miles from Lambeau Field.

My team completed back-to-back 7-9 and 6-9-1 seasons. The former head coach was fired in December ... Super Bowl winning head coaches are seldom fired, but then again, the last time the team was this bad e-commerce didn't exist (1990-1991).

The new head coach isn't even 40 years old. He comes from a coaching tree that produced the past two NFC Champions. He's never been a head coach, he only called plays for one season, and yet he's been given the keys to Aaron Rodger's car.

The new coach hired his staff. In April, the team will draft new players, and come July the pieces all fit together. In early September, we'll begin to see what the new team looks like.

This Spring is filled with New Marketing Leaders. You folks are giving your brands a new start. Your co-workers are looking at you, trying to figure out what "system" you bring to the table. Are you going to do things they way they've always been done? What "newness" are you bringing to the table? What is your secret to increase sales and improve profitability? Are you going to employ the old, stale "omnichannel" strategy that doomed so many retailers? Will your focus be digital, and if so, how will you employ mobile and social and Google and Facebook (yes, social and paid ads on Facebook are fundamentally different)?

You better darn well have a marketing system in place, right?

I advocate a system that focuses on what I call the "Great Eight":
There should be a plan for each of the eight areas of study. And you should know what your plan is as close to day one as is humanly possible.

There's no guarantee that you'll succeed ... or fail. You might be brilliant and fail, you might be a dimwit and luck into wild success. But if you have a plan, from day one, a system that is all your own, you'll have better odds than other new marketing leaders.

Have a plan. And for goodness sake, implement your own system ... something only you do, something that is fully unique to the skills only you possess.
- February 19, 2019