So it got me thinking ... if print is in a period of resurgence as the industry says print is, then sales at RR Donnelley and Quad Graphics should be surging and those businesses should be healthy, right? Right?

Fortunately, each company issues quarterly sales updates and produces annual reports - in accordance with their status as publicly traded companies. And we're all able to read those statements and learn what is actually happening - as opposed to the content produced by the industry.
There are interesting comments in the documents. Here's annual sales at Quad:
Oh oh.

An RR Donnelley tidbit:
Why share all of this information?

You can earn a TON OF PROFIT using a marketing channel that is in decline ... I've got many clients doing just that ... and Quad is generating profit in spite of the structural decline of the industry. Heck, people have been saying TV is dead for more than a decade, and it may well die sometime, but ask Fox News or CNN if they're printing money or not during this election cycle?

Make no mistake ... there isn't a resurgence in print. The industry is in structural decline.

The industry doesn't need to lie to you. If everybody operate with integrity, there'd be plenty of profit to go around, regardless of the long-term prospects of print. 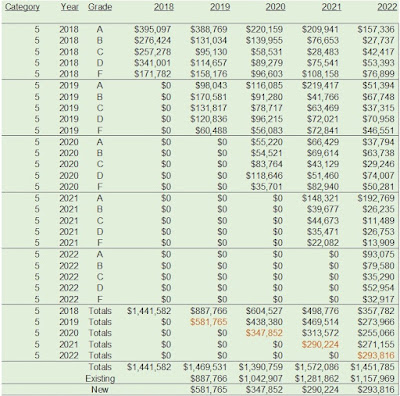