What Does It Mean?

I know, I know, you are thinking to yourself ... "what does all this mean?" You don't care that I just showed you two tables that demonstrate that the mobile experience is pushing customers out of retail stores (in this example ... your mileage will vary). 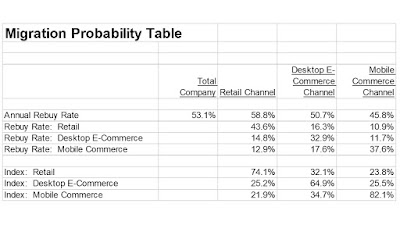 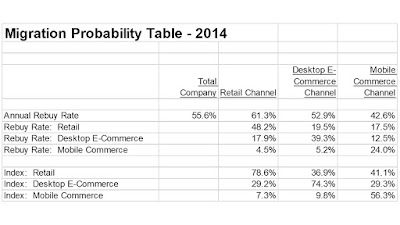 And you'll say "we know retail sales aren't great ... tell us something we don't know."

Here's what we don't know.

We don't know how long the shift will continue to accelerate before customers "calcify".

What does "calcify" mean?

We go back to old-school cataloging.

Customers bled into e-commerce for 10-15 years ... until the role of each channel switched. At first, the website supported catalogs. Today, the catalog supports the website. Customers calcified. Most shifted ... but a fraction didn't ... they just stayed loyal to catalogs and call centers.

See, there's a point where channel shift ends. Customers who shift will shift, leaving those who didn't shift in their preferred channel.

And so it is with retail. There's going to be a continued shift ... and then the shift is going to level out. When it levels out, things get really, really interesting!
Those who measure the shift properly are going to have a huge advantage over those who act without measuring the dynamics.

So measure the dynamic ... understand it ... and be ready to act if channel shift stops/calcifies.