We Move Closer To An Overall Winner!!

The results after year one of The MineThatData Academy Business Simulation! 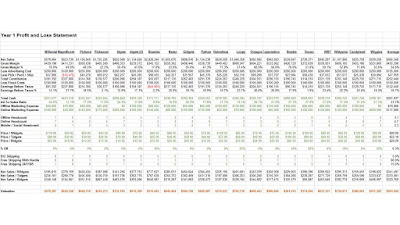 And then we have year two. 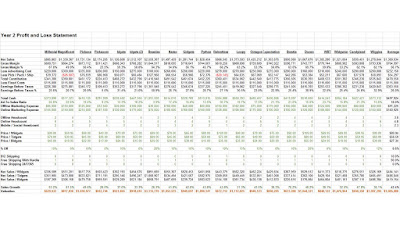 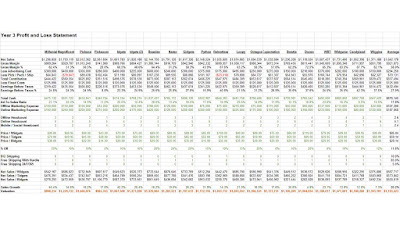 Teams made adjustments ... CEOs communicated their strategies to me ... 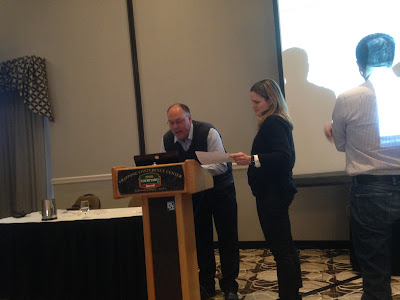 ... leading to the results for year four. 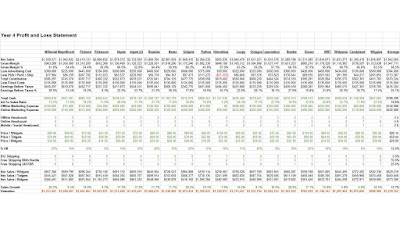 Year Four Leaders:
Just like that, we have two new entrants.
All twenty teams continued to make optimization improvements with marginal metrics at their disposal.
Several teams were in the top five during the four year simulation run:
So ten of the twenty teams managed to crack the top five at least once over four years. Don't be surprised if one of these teams wins the whole thing after year five!!

The teams sat down to determine final-round strategies. 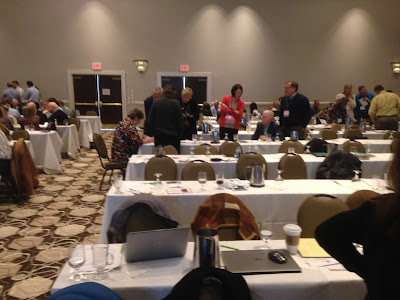 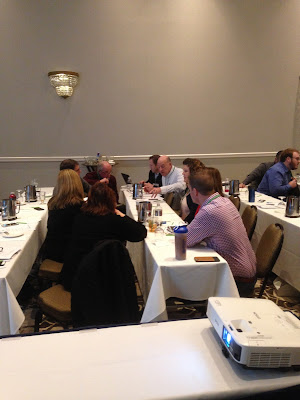 Tomorrow, we reveal the winner!

Start thinking about how I might run a version of this simulation for your company, ok?
- April 05, 2017