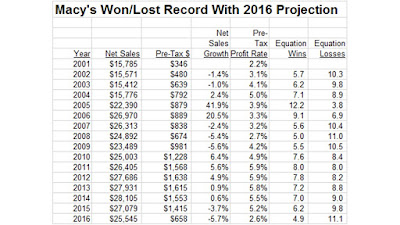 You remember this slide from six weeks ago, right? I spent three weeks talking about rebuilding a business. I converted sales and profit numbers into NFL-style Won-Lost records.

Have you ever noticed that few folks rebuild something that is successful?

In sports, teams hit rock bottom - and are then rebuilt from the bottom up. It is not common (though it happens - ask the Cleveland Cavaliers) for the Coach or GM to be fired while the team is winning. And isn't it interesting that you'll have teams, say the Carolina Panthers, who are in the Super Bowl one year and then struggle the next? It's almost like the seeds of a rebuild are apparent, but are not observed ... blinded by the glow of winning. Or the seeds of a rebuild happen moments after the peak of a prior rebuilding project.

Run your financial reporting through my won/lost equation (contact me for your own worksheet so you can perform the calculation - kevinh@minethatdata.com). What do you observe?

It's entirely possible that it is time to rebuild your business. Use business initiatives like the ones below as the foundation of your rebuilding process. 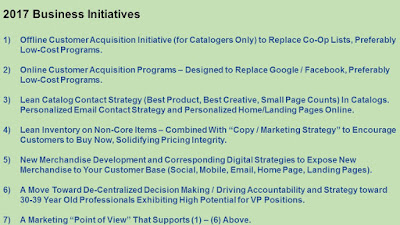