The Men In Blazers Show 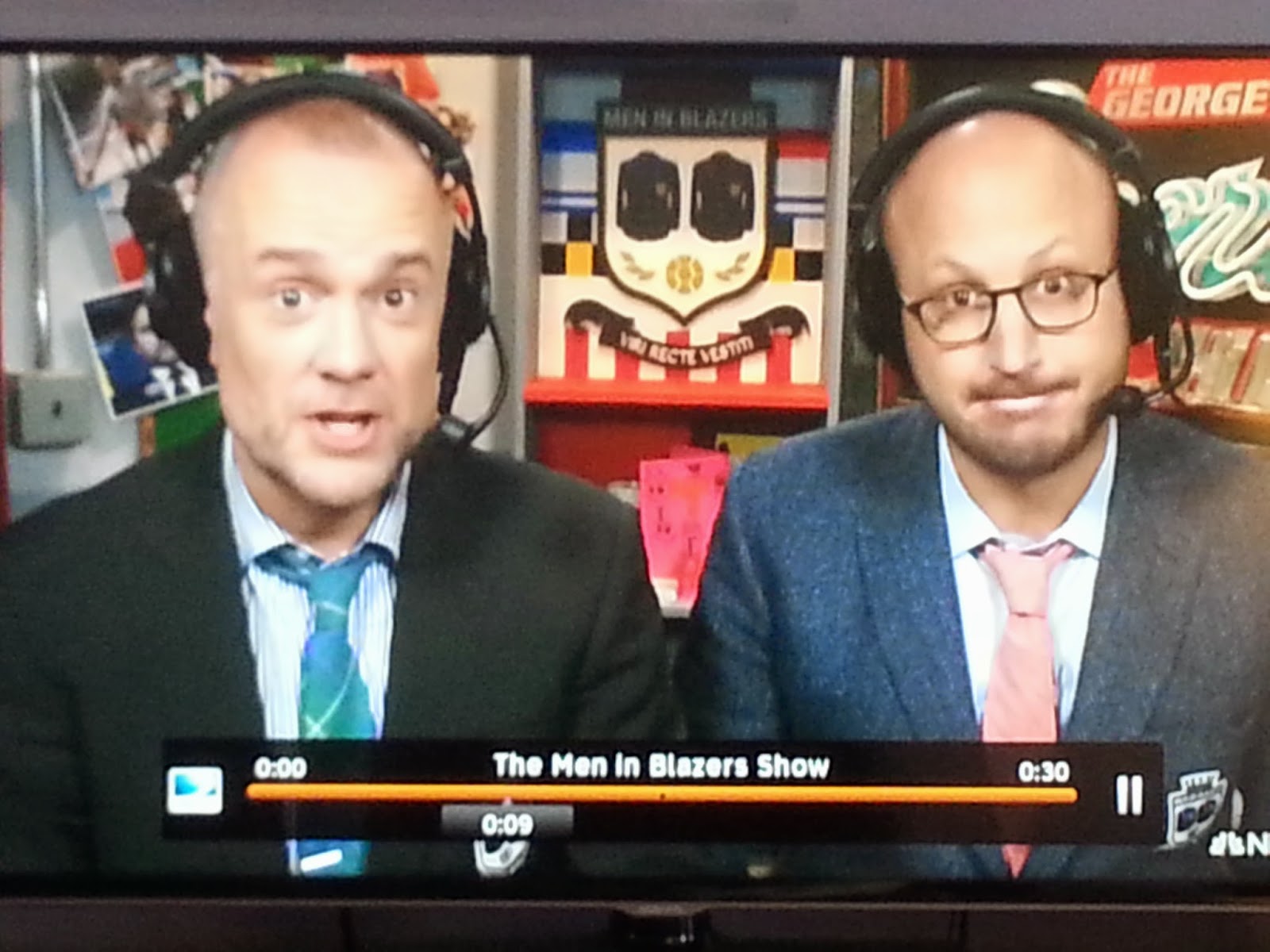 Here's a TV show that +/- 50,000 people watch each week (click here), the Men in Blazers Show. Yes. And it is my favorite show on television.

What does this have to do with marketing?

The industry is going to demand that you create a seamless shopping experience across channels ... omnichannel. There is just one problem with this moribund tactic. What happens when everybody sells essentially the same thing at the same price in the same channels with the same delivery standards? Why should somebody buy a widget from you at $39.99 when twelve other companies all sell the same widget or a similar widget for the same price with the same options in the same digital/physical channels?

In other words, you're going to have to do something very, very unique, in order to capture the attention of the customers you care about. Not all customers. Just those you care about.

This brings me to the Men In Blazers Show on the NBC Sports Network.

These folks do not follow best practices, that's for certain. But they do utilize an omnichannel approach - something that should warm your heart. And they advertise their omnichannel digital approach at the end of the show ... website ... Twitter ... Facebook ... Instagram ... email via gmail ... and their podcast. 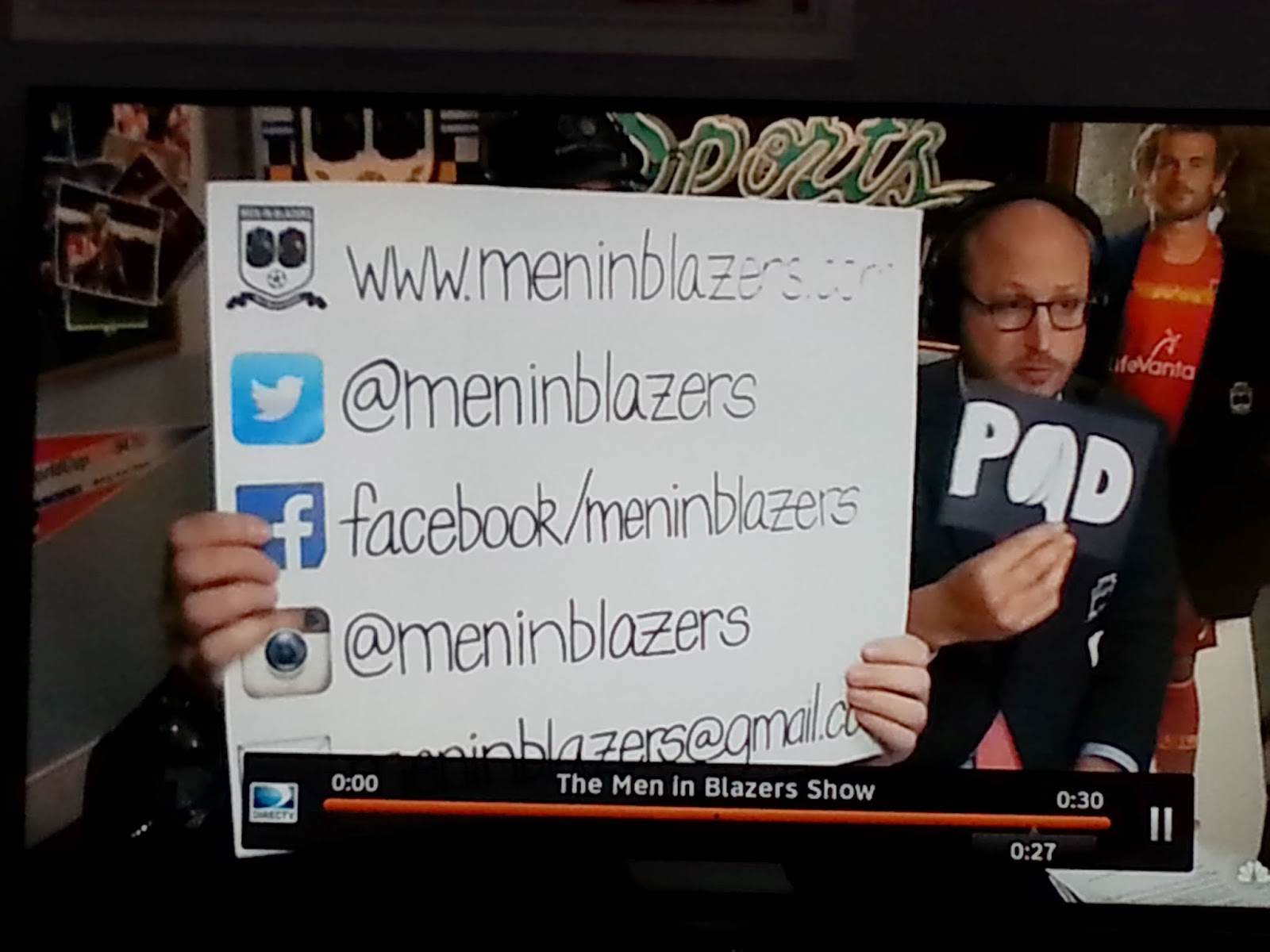 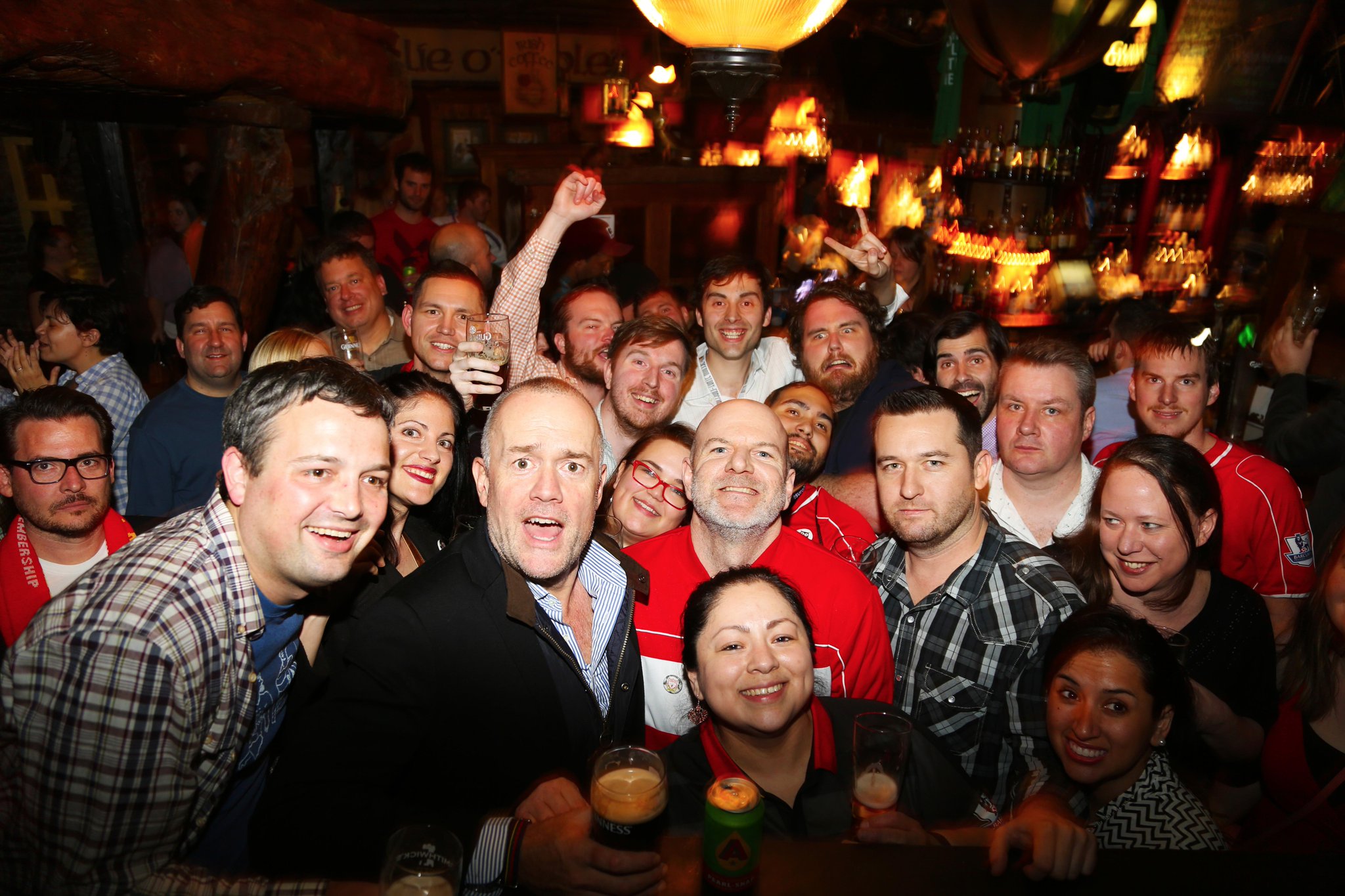 These two fans of English Premiere League soccer are creating a world around the league ... using comedy, and pointing out unusual fan gestures where applicable. 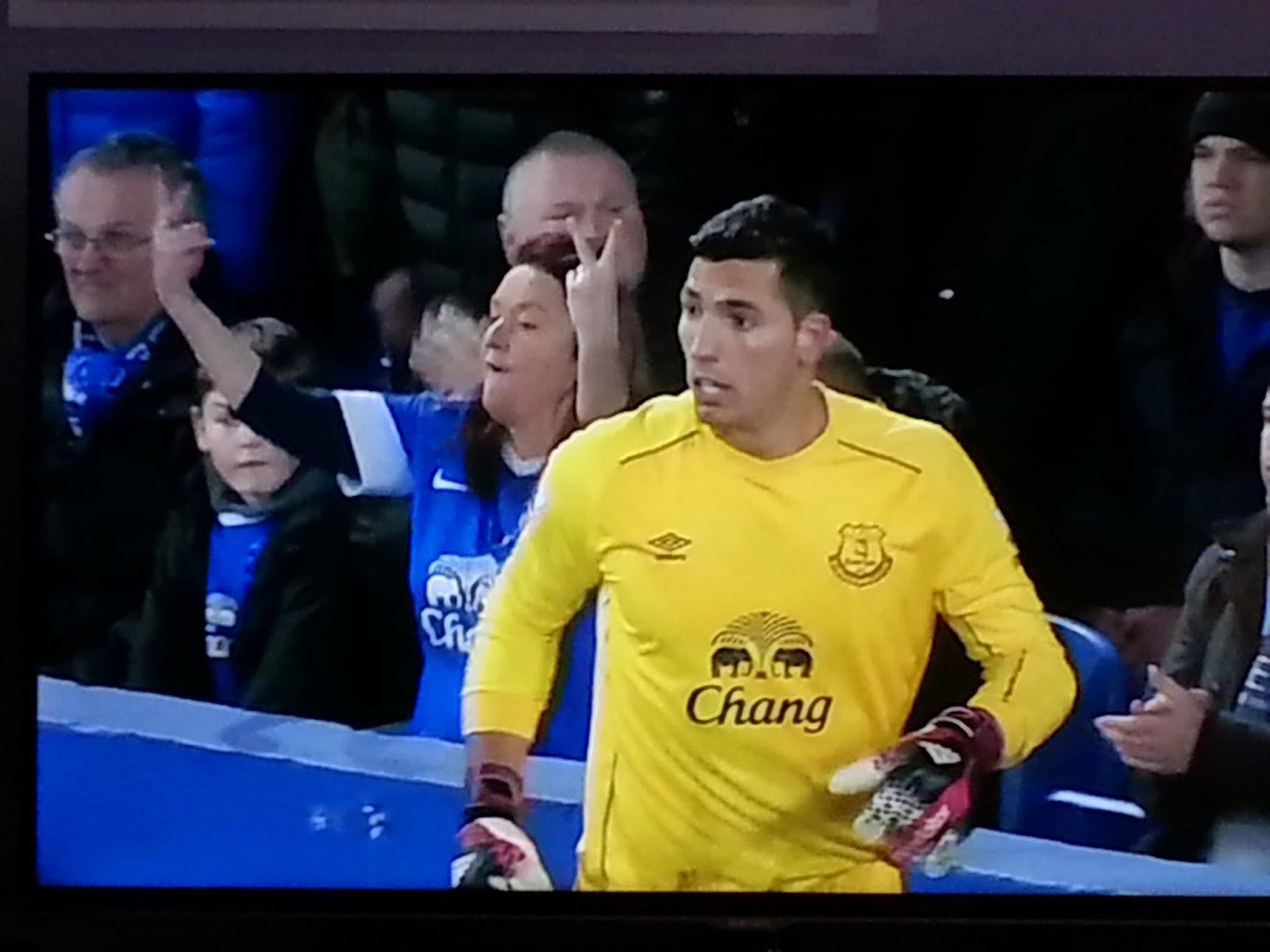 Again - they are creating a world around a product. They even include pies at the end of the show, when talking about next week's fixtures. 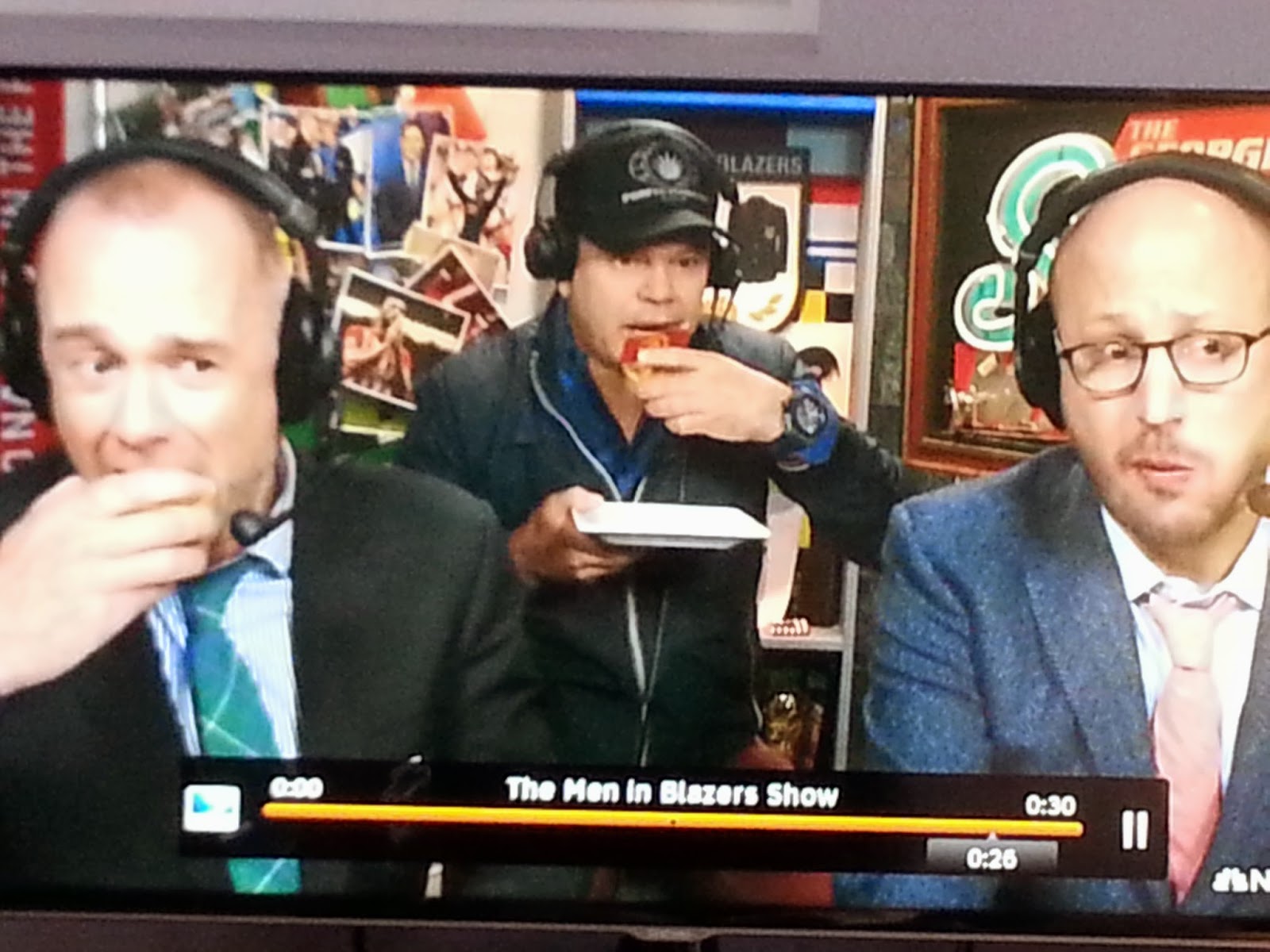 I know - that's a lot of silliness.

But it is a story that is created around the core product. It's not just a dozen channels of sameness, of boring selling. No. And the content in each channel is different - not the same as you are being taught.

Make no mistake - this is a story. And it turns out that these aren't just two rubes off the street - no, they have decades of television experience (Who Wants To Be A Millionaire), and one (left) owns the production company that supports "Comedians In Cars Getting Coffee" with Jerry Seinfeld, and Katie Nolan's "Garbage Time" which now airs on Fox Sports 1.

In other words, these two individuals have decades of experience ... they have a passion for the product on their network (English Premiere League Soccer) ... and they created a world around the product, using multiple channels and humor. Did their strategy "scale"? Absolutely not. And who cares?

The vast majority of you reading my blog do not work for businesses that "scale". You need ideas that specifically relate to your audience, and to your prospect audience.

And when you drill down to a specific item, what is the story being told by those writing copy about this item? Be honest!

You cannot get away with this.

So you have to tell a story. Your future world is one of sameness ... a tepid omnichannel bath featuring the same items at the same prices in an infinite number of similar channels. What, specifically, will cause your brand to stand out in that world?

Use the Men in Blazers as an example of not "how to", but as an example of "doing something different". Your omnichannel future leaves you with no choice but to ramp up your storytelling skills. Don't fall for a soulless, cold, antiseptic digital future where you can have whatever you want whenever you want it. You don't want to create an experience so unsatisfying that only companies with human stories will stand out.
- March 17, 2015

It is time for yet another run of The MineThatData Elite Program. Yeah! Four months pass quickly these days, don't they? For just $1,800...