In other words, Apple generates nearly twice as much gross margin dollars as Android does net sales dollars when selling the phone. Toss out Samsung, and it's likely everybody else selling Android phones is losing money.

This is what I would call "separation".

My catalog, e-commerce, and retail clients are dealing with separation ... separation anxiety, maybe.

If you are wondering what kind of promotion you should run to stimulate sales, you are in the process of being separated.

If you are wondering if you can get customers to pre-pay shipping and handling fees, you are in the process of being separated.

I'm not convinced that you have to be a luxury brand to separate from the pack. Yes, it helps. But if you sell something unique (product or customer service or a story or a combination of all of the above), you can charge a healthy gross margin.

Now, if you sell the same thing everybody else sells, then there is merciless competition. Somebody will always be able to offer a better promotion or a better price or better customer service. You've just been separated from the high gross margin businesses. Once you've been separated, you are stuck in a perpetual struggle to achieve "scale" in an effort to become big enough to generate enough profit to make your entire business model work. You've become Wal-Mart, or Amazon, without the breadth of assortment or infrastructure to effectively compete against Wal-Mart or Amazon.

So, in another sense, the product assortment facilitates separation. 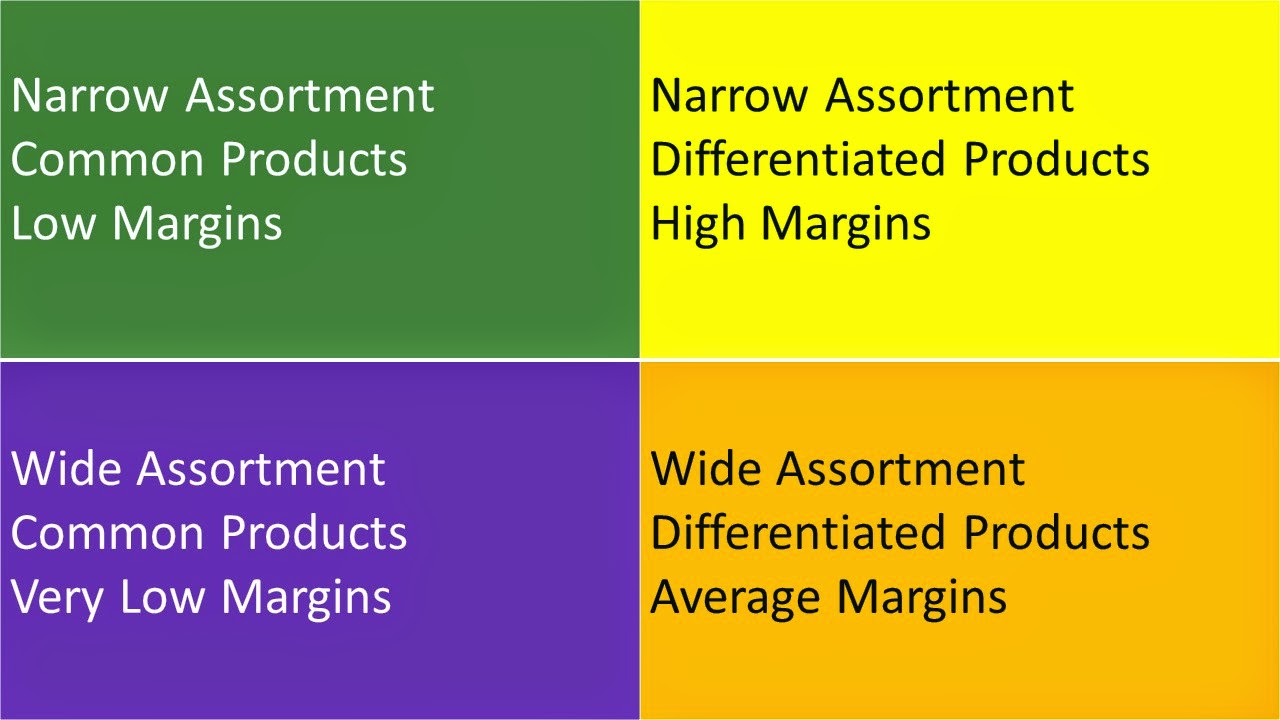 Where does your business fall, across this spectrum? Do you sell the same stuff Amazon sells, but have a smaller assortment than they have? Then you're in the upper left quadrant. And you're constantly under assault from the lower left quadrant.

I don't think you want to be in the upper left quadrant. But you already know that. It's easy to point the fact out. It's terribly hard to do something about it.

The upper left quadrant almost drives you into heavy discounts and promotions, to give the perception that your offering is valuable to the customer.

The upper right quadrant is where Apple resides.

Amazon owns the lower left quadrant. So does Wal-Mart. If you sell stuff that can be purchased at Wal-Mart or Amazon, good luck. You are being separated.