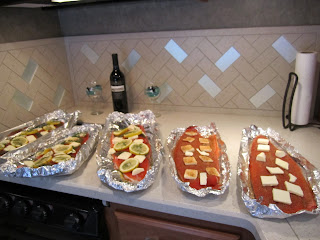 Look at the image ... sockeye salmon, about to go on the grill.

In the omnichannel world, we're told we have to do everything the same way - same merchandise in all channels at the same price with the same promotions. Every device must emulate the business the same way. Homogenize everything, and then, as the pundits say, "just be excellent".

But when it comes to food, we allow everybody to do their own thing, don't we?  McDonalds can offer a McRib sandwich in Topeka but not in Toledo, and nobody cares - not one omnichannel pundit goes sideways when a restaurant ignores the omnichannel playbook.

Every channel yields a unique merchandise preference. In other words, customers align with the channel that best serves their micro-niche preference.

There are two big problems I've observed at least a dozen times this summer.