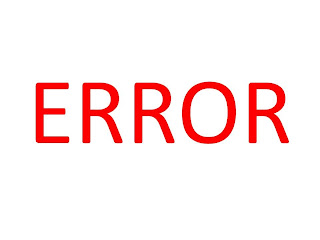 By the middle of 2004, the writing was on the wall.  Retail Management and the Chief Marketing Officer wanted the Direct division to stop sending catalogs to customers.  A task force was assembled to study the issue.

You know how these things work.  Half the room has a vested interest in keeping catalogs, because they get to keep their jobs if the catalogs are continued.  Half the room doesn't want catalogs, and their paycheck isn't impacted by catalogs enough to matter, so the decision isn't important to them.

By 2004, I was VP of Database Marketing - responsible for all catalog/email circulation for the whole company, a better job than the one I started with at Nordstrom in 2001.  So, clearly, the discontinuation of catalog circulation meant that my department would be gutted. I tried my hardest to remain objective, but my heart had to be aligned with the catalog, for obvious reasons.

It's good to be objective.

During our Anniversary Sale event in July of 2004, my team made an error.  They mailed the best customers a small, tiny catalog - while mailing the worst customers the big Anniversary catalog.

In the old days of catalog marketing, this would be a catastrophe worthy of getting me fired, and for good reason - it would have cost the company millions of dollars of profit.

But a strange thing happened on the way to the chopping block.

Phone + Online demand was barely impacted.  Instead, customers shifted demand to the assortments in the catalog they were sent.  Retail sales were not impacted by as much as a penny.

It becomes really hard to defend a catalog, when you make a terrible mistake and demand is barely impacted.

In the weeks after Anniversary 2004, our (my) simulations showed that discontinuation of the catalog might cost the Direct division 20% of demand, retail stores 2-5% in comp store sales, and the decision would have minimal if any impact on profitability.

Folks in the Direct division howled.

"If we don't advertise the item, how will customers know to buy the item?  Your estimates are silly".

Folks on the Retail side of the business laughed.

"We constantly kill merchandise divisions in stores, and replace them with more productive merchandise.  There won't be any impact on customer demand."

A decision was made.

We would kill the catalog.

Within a few months, the great diaspora of Nordstrom Direct catalog-centric employees would begin.

And we all awaited July 2005, when the catalog would be killed.  What would happen to sales and profit?

The error in the Anniversary catalog of 2004 should have given us a hint as to what would happen.  Folks who are watching the transition from e-commerce to mobile might want to pay attention to what happened when customers transitioned from catalogs to e-commerce.
- August 05, 2013