Many of you are new subscribers, so a little background:  Gliebers Dresses was a fictional story of an Executive Team at a traditional catalog brand dealing with changing times.  At first, the story served as a Multichannel Forensics case study.  The audience, however, enjoyed the quips and commentary between Executive Team members.  The story evolved to facilitate a discussion about the state of modern marketing.  For a period of time in 2009-2010, Gliebers Dresses was the most popular series of blog posts I wrote.

If a fictional story about the intersection of modern marketing and traditional catalog marketing is not your cup of tea, then move along, there's nothing to see here.  If you're looking for a brief mid-July diversion from the tedium of day-to-day job responsibilities, give this a read.

Setting:  The Gliebers Dresses board room.  Glenn Glieber, the founder and long-time President of Gliebers Dresses, purchased the business from his son, an individual who did not have a passion for catalog marketing, to say the least.  Mr. Glieber is setting two years of retirement aside, focusing instead on restoring the brand to former glory.  Mr. Glieber is being re-introduced to the business in this Executive Team meeting.

Glenn Glieber (President and CEO, Gliebers Dresses):  Alright everybody, please, take your seats.  Let's begin the meeting.  As you now know, I have purchased the assets of Gliebers Dresses.  I am re-assuming the role of President and Chief Executive Officer, effective immediately.  Roger Morgan, who acted as President and CEO for the past year-plus, will return to his former position as Chief Operating Officer.  I would like to thank Roger for his service during the past year.  Meredith Thompson will re-assume her role as Chief Merchandising Officer.  Lauren Fetzer purchased the assets of our "Charisma" brand, and will manage that business as a standalone unit, with no association to Gliebers Dresses.  Libby Benson, the Director of Social Media for Charisma, will join Lauren and is no longer on the Gliebers Dresses payroll.  We are back to being a pure catalog brand.  Let's not look back at what happened in the past year, let's move forward.

Pepper Morgan Pressley (Chief Marketing Officer):  It is so good, SO GOOD, to have you back Mr. Glieber!  I cannot tell you how good it is to bask in true leadership once again.

Glenn Glieber:  Thanks Pepper, I appreciate your feedback.  Would you be willing to give us a sales update?

Pepper Morgan Pressley:  Sales in June were down six percent to last year, and 2011 June sales were down five percent to 2010 June sales.  Overall, we're down about 10% to where we were two years ago.

Roger Morgan (Chief Operating Officer, Former CEO):  But we have a plan to combat this trend, Mr. Glieber.  We were just about to roll out our Omnichannel Initiative.

Dr. Gene Feldman (Vice President of Global Brand Direction):  If I may, I think it is important to point out that our Colbie Caillat sundress initiative is going to launch sales into the stratosphere.  We're currently negotiating with her marketing team, as we speak.  I don't think you can underestimate the brand power a major recording artist brings to the table.

Glenn Glieber:  Who, are you?

Glenn Glieber:  Thanks, Doc.  What's you background?  What are your catalog-specific qualifications?

Pepper Morgan Pressley:  We've all seen the commercials.  The wedding party riding in a limo, enjoying tacos at eleven at night, that's fourth meal.  Doc was instrumental in creating the global brand framework necessary to launch a fifth meal initiative at Taco Bell.

Glenn Glieber:  You invented fifth meal, Gene?  What does that have to do with cataloging?

Dr. Gene Feldman:  It's harder to fit a fifth meal into the daily grind than you think.  Starbucks owns the post-breakfast period.  Then folks co-opted breakfast and lunch, calling it brunch.  That eliminates a meal.  That's not what I was looking to accomplish.  Lunch seems permanently entrenched in the consumer mindset, and was responsible for 35% of our sales at Taco Bell, so no messing with lunch, ok?  The mid-afternoon period, now that's a tough one, because ...

Glenn Glieber:  Lois, why are you on crutches?

Pepper Morgan Pressley:  Oh, poor Lois.  Roger took us to California for two full days of team building with Tony Robbins.  Some team building exercise that was.  Lois was terrified by the thought of walking across hot coals, stopped half-way across them, freaked out, and burned her feet.

Roger Morgan:  Lois was afraid of walking into the future, Glenn.

Lois Gladstone:  I was terrified by the cost of seventeen employees spending two full days with Tony Robbins.

Roger Morgan:  Oprah made it across the coals.

Dr. Gene Feldman:  ... after dinner, things get interesting.  Obviously, you have fourth meal, that's well documented.  The challenge, then, is to keep consumers awake. Think Mountain Dew, which we served in generously sized portions at Taco Bell, that does the trick.  Now if you can keep a consumer awake longer, you increase the chance of the consumer wanting to eat something.  That's where fifth meal comes in.

Roger Morgan:  Tony told us that for changes to be of any true value, they've got to be lasting and consistent.


Lois Gladstone:  Second degree burns leave scars that will be lasting and consistent.

Dr. Gene Feldman:  So, in many ways, this whole Colbie Caillat negotiation is a lot like fifth meal.  We're trying to find additional ways to engage today's time-strapped consumer. It's an exciting time to be at Gliebers Dresses.

Glenn Glieber:  Can somebody explain what this whole Omnichannel Initiative is?

Meredith Thompson:  Roger believes that Omnichannel is the linchpin to future success.

Roger Morgan:  Meredith, I don't believe in anything.  In my hand, I hold a report from Woodside Research.  In this $495 beauty, Woodside Research clearly articulates that the future will be owned by nimble brands that are able to engage cost-conscious and time-strapped customers across channels.  Brands that are not omnichannel tempt obsolescence at their own risk.  We have to greatly expand into all available channels, now.

Lois Gladstone:  We spent a lot of money on research reports and Tony Robbins seminars in the past two years, Mr. Glieber.

Pepper Morgan Pressley:  Roger, haven't you always been an advocate of multichannel strategies?  How is omnichannel different than multichannel?  And how did the whole multichannel think work out for us?

Dr. Gene Feldman: On our YouTube channel, I envision Colbie Caillat singing an acoustic version of "Brighter Than The Sun".  Except, everybody in this video is wearing Gliebers Dresses.  Think of all of the new customers we'd acquire, the brand exposure?  We're basically making a play on what Dre did with Beats.  They own 53% of the headphone market, and they didn't exist six years ago.  Think about that for a moment.  You plant your product on famous people, and the hoi polloi follow.  You can literally create a market.

MeredithThompson:  Or you rent 3.2 million names from a co-op and call it a day.

Roger Morgan:  The concept is called Omnichannel because you have to do everything, and you have to integrate everything together.  You think about the young shopper, checking into Forever 21 via Foresquare, then looking at her favorite merchandise.  She showrooms, if you will ... she uses search on her iPhone to compare prices, and there she finds Gliebers Dresses, who is willing to send her a comparable dress next-day-air with free shipping and twenty percent off.

Lois Gladstone:  The profit and loss statement is burning hotter than my feet.

Roger Morgan:  Woodside Research says that if you do all of this, you end up fueling word of mouth marketing, and that's where this whole thing is headed.

Dr. Gene Feldman:  This is how it starts.  Lightning strikes the heart.  It goes off like a gun.  Brighter than the sun.

Glenn Glieber:  What the heck are you talking about Feldman?

Dr. Gene Feldman:  The Colbie Caillat video.  Her and her posse, wearing Gliebers Dresses.  Kids want to be like Colbie Caillat.  She's breezy.  She's everything the Gliebers Dresses brand stands for.  She's a less edgy Taylor Swift.  This is how it starts.  And the kids, they know YouTube.  They're not watching Blue Bloods there, either.  Create a new reason for the young ladies to buy something.  Tell them what to do.  Curate for them.  It's a lot like creating a reason for fifth meal.

Meredith Thompson:  We do that in the catalog, you know.  Just last month, we had a spread that featured the ladies of the Amherst Farmers Market.  The phone was ringing off the hook.

Pepper Morgan Pressley:  Roger, when is the last time you entered a mall and showroomed a dress?  Are you buying dresses now, too?

Roger Morgan:  I was in the mall last week with Sonora ... that's my daughter, Doc.  You watch how a teenager shops and you learn a lot.

Pepper Morgan Pressley:  I guess you can learn a lot by watching a teenage girl eight days a month.

Dr. Gene Feldman:  8.6 million people have watched "Brighter Than The Sun" on YouTube.  That's how you reach an audience at low cost.

Meredith Thompson:  How do I forecast unit sales for a video that will be watched somewhere between 3 times and 8.6 million times?  I know what happens when I rent 3.2 million names from the co-ops.

Pepper Morgan Pressley:  And if we keep doing that, our customer will be Bea Arthur in Golden Girls.

Roger Morgan:  Do you all remember what Tony Robbins told us?  He said "If you want to be successful, find someone who has achieved the results you want and copy what they do and you'll achieve the same results."

Roger Morgan:  Pepper, why don't you craft a strategy, you're the Chief Marketing Officer, right?  Act like one.  Nobody in this room is outlining a path to the future except me.  And Woodside Research.


Meredith Thompson:  And Doc and his music video.

Dr. Gene Feldman:  Has anybody watched that new Dallas show on TNT?  Somehow they are able to seamlessly integrate old and new ... in one platform.  One brand.

Lois Gladstone:  This is a catalog, Gene!

Glenn Glieber:  It's been a spirited discussion, folks.  I see that nothing has changed in a couple of years.  It's great that the heritage of the corporate brand still exists.  Based on what I've heard, we either have to do everything, or we have to double-down on what we've always done so we can forecast the business more accurately, or we have to move into music videos.  At least we have choices.  Let's meet tomorrow for breakfast and dig in!

Meredith Thompson:  If we stay up all night, can we come in to work and call breakfast fifth meal?
- July 04, 2012 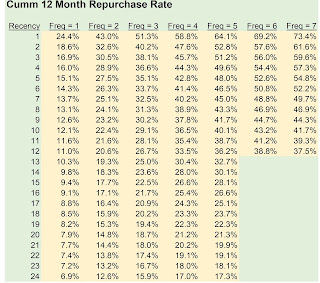